The Bible records that Jesus used spit for healing in three different occasions:

“Jesus put his fingers into the man’s ears. Then he spit and touched the man’s tongue” (Mark 7:33). In Bethsaida, “He . . . spit on the man’s eyes and put his hands on him” (Mark 8:23). And on a different occasion, “He spat on the ground and made clay with the saliva; and He anointed the eyes of the blind man with the clay. And He said to him, “Go, wash in the pool of Siloam” (which is translated, Sent). So he went and washed, and came back seeing” (John 9:6, 7).

Jesus healed every disease and sickness among the people” (Matthew 4:23) for He spoke and it came to pass (Psalm 33:9). But He used spit for specific reasons and to meet specific needs which varied from one person to another. He reached people where they are in their spiritual ignorance.

It was believed, in those days, that spit had healing qualities. And ancient literary works provide many examples of the use of spit by physicians and supernatural healers who thought it possible to transfer healing from their bodies to the sick through their spit (for example, Talmud Baba Bathra 126b, Soncino ed., p. 526).

Jesus wanted to inspire the sick with faith for in the Jewish mind physical disease or affliction was seen as a judgment from God. The sick believed that they didn’t have the favor of heaven. This thinking led them to lose their hope in healing. So, Jesus used spit to show them first His desire and intent to bless them that they may have hope.

Although there was no hypothetical healing quality in spit, using spit was only an action that would strengthen the faith of the sick and allow them to take hold on God’s power to receive their desired blessing. For without faith no one can receive healing (Hebrews 11:6).

And in the case of the blind man (John 9), Jesus also mixed spit with clay to inspire the man with His ability to create just as God created man from the dust of the earth (Genesis 2:7). As a result, the man’s faith was strengthened and he received his sight. And later on, the man declared his faith in Jesus to the religious leaders saying, “Since the world began it has been unheard of that anyone opened the eyes of one who was born blind. If this Man were not from God, He could do nothing” (John 9:32-33). 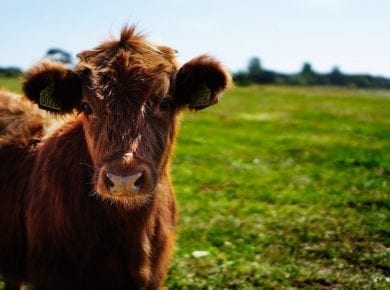 In Acts 10, God gave Peter this vision to show him that the Gentiles were not unclean, as the Jews believed. God had instructed Cornelius, a Gentile, to send men…
View Answer

The oldest man The Bible reports that the oldest man that lived was Methuselah. He was the son of Enoch, who “walked with God; and he was not, for God…
View Answer