The Bible tells us that “there was a man in their synagogue with an unclean spirit. And he cried out, saying, “Let us alone! What have we to do with You, Jesus of Nazareth? Did You come to destroy us? I know who You are—the Holy One of God!” But Jesus rebuked him, saying, “Be quiet, and come out of him!” (Mark 1:23-25).

1-The rebuke was given because the spirit addressed Him as the Messiah. Jesus well knew that an open claim to the Messiah-ship at this time would only prejudice many minds against Him. Furthermore, the turbulent political situation in Palestine produced many false messiahs, who proposed to lead their countrymen in revolt against Rome (Acts 5:36, 37), and Jesus sought to avoid being considered a political messiah in the popular sense. This would have blinded the people to the true nature of His mission and have offered the authorities a pretext for silencing His labors.

2-Jesus avoided claiming to be the Messiah at the beginning because He desired that people should realize that through His life and actions. By studying His sinless life, listening to His words of truth, witnessing His miracles, and by seeing the fulfillment of the Old Testament prophecies, people should be convinced that He was indeed the Messiah that sent by God.

Jesus told the disciples of John who asked Him “Are You the Coming One, or do we look for another?” Jesus answered and said to them, “Go and tell John the things which you hear and see: The blind see and the lame walk; the lepers are cleansed and the deaf hear; the dead are raised up and the poor have the gospel preached to them. And blessed is he who is not offended because of Me” (Matt. 11:2–6). Jesus wants His followers to build their faith on evidence and not just on mere words. 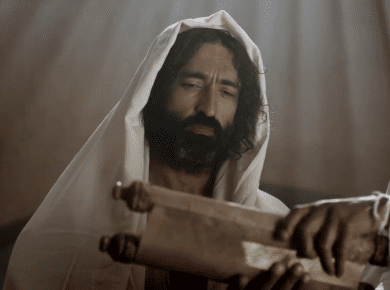 The word Rabbi comes from the Aramaic word “rabi,” which means “my great one.” In our modern language, it is comparable to the word “sir.” But in Bible times, it…
View Answer

Jesus called Himself the Son of man while He was also the Son of God because: A- Jesus had two natures – divine and human- united in one person. Jesus…
View Answer