“He is despised and rejected by men,

A Man of sorrows and acquainted with grief.

And we hid, as it were, our faces from Him;

He was despised, and we did not esteem Him.

Surely He has borne our griefs

And carried our sorrows;

Yet we esteemed Him stricken,

Smitten by God, and afflicted.

But He was wounded for our transgressions,

He was bruised for our iniquities;

The chastisement for our peace was upon Him,

In taking upon Himself the human nature, Christ became acquainted with all the suffering and disappointment known to mankind. During His life, the Son of God knew what it was to be reviled, scorned, and rejected. Through the humanity of Christ, divinity experienced all to which humans have fallen for. All the ill-treatment and hatred that the wicked and evil angels could bring upon Christ were His continual painful experience. And this sorrow reached its height during His trial and crucifixion on the cross.

The Scripture tell us, “Let this mind be in you which was also in Christ Jesus, who, being in the form of God, did not consider it robbery to be equal with God, but made Himself of no reputation, taking the form of a bondservant, and coming in the likeness of men. And being found in appearance as a man, He humbled Himself and became obedient to the point of death, even the death of the cross…” (Philippians 2:5-11).

But Christ suffered on our behalf of mankind and not for any sin that He committed.  He suffered and died in our stead. The pain, humiliation, and abuse that we deserve, He took upon Himself. “For Christ also hath once suffered for sins, the just for the unjust, that he might bring us to God, being put to death in the flesh, but quickened by the Spirit” (1 Peter 3:18).

Sadly, instead of pitying Christ in His pain, people turned from Him with resentment and contempt. They showed no pity on Him, but reproved Him for His miserable state (Matthew 26:29–31; 27:39–44). In fact, the devil made it appear that the pain of Jesus was a judgment given to Him by an unforgiving God because He was a sinner. And even His chosen disciples forsook Him (Matthew 26:56).

Christ’s suffering was necessary to give us peace with God (Romans 5:1). “For the wages of sin is death; but the gift of God is eternal life through Jesus Christ our Lord” (Romans 6:23). Christ redeemed us from death. Therefore, He, by virtue of His sacrifice, is able to bring us back to God and to introduce us to the glorious state of grace and favor in which we now stand (Hebrews 10:19). Through His death, God offers to everyone, a free gift of His grace, complete pardon and reconciliation.

Thus, it is through Christ’s sorrow that we make our first approach to God, and it is through Christ that the privilege is granted to us. And this admittance to God, this entree to His divine company, is to be regarded as a lasting privilege. We are not taken to the Father for an interview, but to stay with Him forever. What glorious redemption and restoration of fallen humanity! 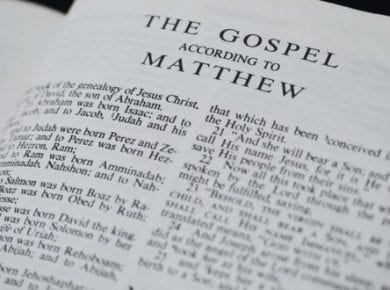 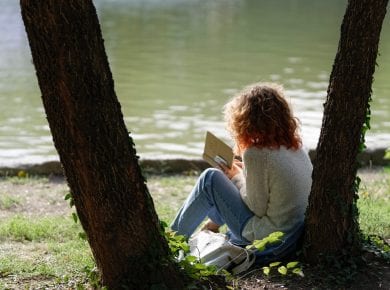 This page is also available in: हिन्दी (Hindi)The great tribulation corresponds with the time of the seven last plagues of Revelation chapter 16  “And I saw another sign in heaven,…
View Answer