The book of Ezra first mentioned the prophets Haggai and Zechariah (ch. 5:1). This was the first record of their ministry to the post exilic group of Jews. Their prophecy came after a silent period of 16 years. In the “third year of Cyrus,” Daniel the prophet gave his last message (Daniel 10:1). Then, the Lord saw that a message was necessary at that time. So, He sent these two prophets with a message to continue the work of restoring the building of the Temple.

The people got discouraged by the opposition they faced from their enemies and lost their original fervent spirit. They permitted their godly zeal to fade away and instead, allowed a selfish desire for comfort to take place. For they said to one another,“The time is not come, the time that the Lord’s house should be built” (Haggai 1:2). Thus, they turned their energies to the practical object of establishing themselves in comfortable homes (Haggai 1:4, 9).

Consequently, the Lord sent His judgments upon them. These judgments were seen in poor harvests, economic difficulties (Haggai 1:6, 1:9–11), and great political instability (Zechariah 1:12 to 2:9). Still, the people failed to see these actions as a sign of God’s disapproval.

The Lord raised His prophets

In mercy, the Lord raised up two prophets to show His people the reason behind these unfortunate events. For He wanted to inspire them back with zeal to focus on that which is more important.

The work of Haggai and Zechariah was to prophecy but this didn’t not only mean future predictions. Their prophetic messages were encouragements. For they spoke with divine instruction as they were moved by the Holy Spirit to meet the needs of the people.

Haggai’s first message was given to the political and spiritual leaders of the people. Two months after Haggai gave his first message, Zechariah united with him (Zechariah 1:1). The first call for resuming the work was given in Aug. 29, 520 B.C. (Haggai 1:1). This message was fruitful, for the leaders started to make immediate plans, and actually set to work about three weeks later, Sept. 21, 520 B.C. (Haggai 1:15).

When the people set new plans, it became clear that the new Temple would not be like Solomon’s temple in size and beauty. So, the people got discoursed again (Haggai 2:3, 9; Ezra 3:12, 13). Therefore, Haggai gave another message of encouragement on October 17 (Haggai 2:1).

Two months later, the people prepared for the laying of the foundation. And they celebrated the occasion on Dec. 18, 520 B.C. (Haggai 2:10, 18). On that day, Haggai gave his final two speeches.

Haggai and Zechariah gave different messages at different times. And their messages of hope and instruction assisted God’s children in their work (Haggai 1:1; 2:21–23; Zechariah 3:1–10; 4:6–10). Their books highlight the truth of the statement in Ezra 5:2, that “the prophets of God” were “helping them” in rebuilding the Temple. 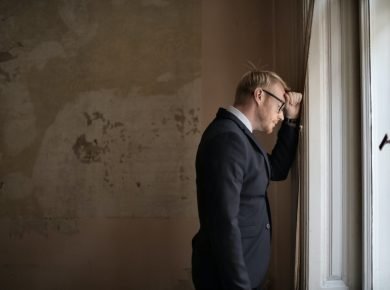 Table of Contents The AntichristFirst-Salvation by faith aloneSecond- obedience the fruit of genuine faithThird-Jesus Christ as Lord and MediatorFourth-false miracles This answer is also available in: हिन्दीThe Antichrist The word…