After the fall, the Lord forbade Adam and Eve from eating from the tree of life. “Then the LORD God said, “Behold, the man has become like one of Us, to know good and evil. And now, lest he put out his hand and take also of the tree of life, and eat, and live forever”— therefore the LORD God sent him out of the garden of Eden to till the ground from which he was taken.  So He drove out the man; and He placed cherubim at the east of the garden of Eden, and a flaming sword which turned every way, to guard the way to the tree of life” (Genesis 3:22-24).

Sin shattered the state of perfection

After the fall, God declared to Adam and Eve His redemptive plan (Genesis 3:15). He offered to save mankind through the sacrifice of His Son (1 Peter 1:20; Ephesians 3:11; 2 Timothy 1:9; Revelation 13:8). And the Lord instituted the system of sacrifices as a visual aid of the price that must be paid to make atonement for his sin. The innocent lamb would be slaughtered to give its lifeblood for man, and its skin to cover his nakedness, in order that man might thus ever be symbolically reminded of the Son of God, who would have to lay down His life to atone for man’s sin. The Lord sacrificed animals and took its “skin, and clothed them” (Genesis 3:21).

Through sin, Adam and Eve lost their original state of perfection. Their nature became corrupted by sin and they no longer qualified to live in the Garden of Eden (Romans 5:12). The devil became the ruler of this earth not Adam (Ephesians 2:1-3). Although Adam and Eve received forgiveness and justification when they accepted the blood of the sacrificed animal for their sin, they still needed to go through the process of sanctification which is a life-long journey of victory over the sinful nature by God’s grace (1 Corinthians 6:11; 1 Thessalonians 5:23).

Because of the state of imperfection in the world that was brought by sin, God thought it was necessary to prevent man from continuing to eat of the fruit of the tree of life lest he become an immortal sinner. Through disobedience Adam and Eve had fallen under the power of death. Thus, the forbidden fruit that brought immortality could now cause them only suffering. Immortality in a state of sin and endless pain, was not the life for which God planned for Adam and Eve.

Forbidding Adam and Eve to have access to this life-giving tree was in reality an act of divine mercy which our first parents may not have fully valued at that time, but for which they would be thankful in the eternal kingdom. There, they will partake forever from the long-lost tree of life (Revelation 22:2, 14).

Today, by eating of the symbols of Christ’s sacrifice in the service of the Lord’s Supper, Christians have the privilege of eating by faith of the fruit of that tree and anticipating with faith the time when they may pick that glorious fruit and eat it in the eternal kingdom of glory. 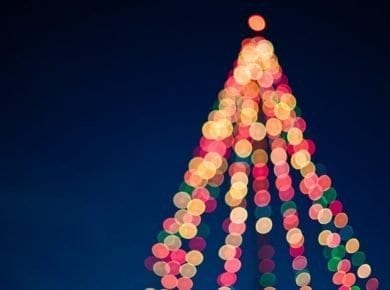 This answer is also available in: EspañolThere is no Biblical reason for putting up Christmas lights. But to some, Christmas lights remind them of the star that led the wise men…
View Answer 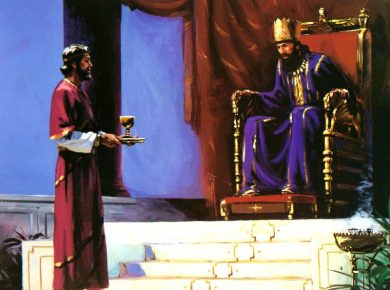 This answer is also available in: EspañolThe record of Nehemiah’s request of King Artaxerxes is recorded in the book of Nehemiah chapter 2. We are told that this took place…
View Answer