In the very beginning, God had very hard decisions to make. Would He create beings with the freedom to choose their own lives?

God’s choice was made much harder by His foreknowledge (Isaiah 46:10). He clearly foresaw that to permit freedom of choice would lead to pain and death. But He realized that only beings with total freedom of choice could have a meaningful relationship with Him (2 Corinthians 3:17). For without the freedom to reject God, neither could they choose to love Him (Galatians 5:13-14). God loves His creatures, and He desires that they may freely love Him (Revelation 3:20).

God created Satan and humans with the freedom of choice. This freedom is God’s design for the universe. The very nature of free choice is to be free from compulsion and any decisions made are the individual’s own responsibility (Joshua 24:14,15).

When humanity sinned (Genesis 3), God’s infinite mercy offered the plan of Salvation. God sent His only Son to take the punishment that man deserved (John 3:16). The ultimate expression of God’s love was at the cross where His justice and mercy were fully satisfied. The victory of Christ over Satan at the cross, guaranteed the final destruction of sin (Genesis 3:15).

So, even though God knew that His creatures would use the their free choice to oppose Him, personal freedom was so essential that God made the decision to create them nevertheless (Ephesians 3:12). Once this decision was taken, it would have impossible for God to delete them from His plans because if He did the freedom of choice would be turned into a falsehood.

In the end, God will be vindicated before all (Psalm 22:27). His character will show that He is a loving and just God who is willing to do whatever it takes to save His creatures even to the point of sacrificing Himself. “Greater love has no one than this, than to lay down one’s life for his friends” (John 15:13). 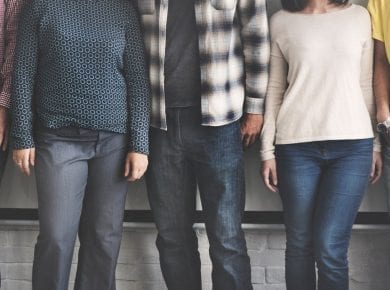 This answer is also available in: हिन्दी“Then Peter opened his mouth, and said, Of a truth I perceive that God is no respecter of persons” (Acts 10:34). The phrase “respecter of…
View Answer

This answer is also available in: हिन्दीGod created humans with the freedom of choice. This means that humans can choose good or evil. Sadly, our first parents listened to the…
View Answer