To kill and to murder are two different things. Murder is “the premeditated, unlawful taking of a life,” whereas killing is, more generally, “the taking of a life.” The misconception that “killing” and “murder” are synonymous is partially based on the King James mistranslation of the sixth commandment, which reads, “Thou shalt not kill” (Exodus 20:13). However, the word kill is a translation of the Hebrew word ratsach, which nearly always refers to intentional killing without cause. The correct meaning of this word is “murder,” and modern translations render the command as “You shall not murder.” The Bible in Basic English should say: “Do not put anyone to death without cause.” Also, the same Law that forbids murder permits killing in self-defense (Exodus 22:2).

God is love but He is also just. The Amalikites were a brutal, aggressive people. They were responsible for the repeated destruction of the Israelites’ land, food supply and life (Judges 6:3; Numbers 14:45; Judges 3:13).

Why did God give such a command?

The Lord in 1 Samuel 15:2 gives the reason for His command to destroy the Amalikites, “I will punish Amalek for what he did to Israel, how he ambushed him on the way when he came up from Egypt” (1 Samuel 15:3). Scripture records the long-lasting wars between the Amalikites and the Israelites. God commanded to wipe them off the face of the earth (Exodus 17:8–13; 1 Samuel 15:2; Deuteronomy 25:17) for their relentless evil. Thus, Israel was God’s instrument of judgment against the Amalikites.

When cancer plagues the body, the affected area has to be cut off otherwise the sickness will spread and destroy the whole body. Likewise, God in His mercy was protecting Israel from these evil nations that threatened their existence.

However, God’s judgments are always mixed with mercy when people are willing to accept salvation. For example, when God destroyed Sodom and Gomorrah, God promised Abraham that He would spare the whole city if there were ten righteous people there. Sadly, ten righteous people could not be found. At that time, God saved the “righteous Lot” and his family (Genesis 18:32; Genesis 19:15; 2 Peter 2:7). And when God destroyed Jericho, He saved Rahab the harlot and her family in response to Rahab’s faith (Joshua 6:25; Hebrews 11:31). God would never destroy a person that is willing to be saved. And until the final judgment, God will consistently deal mercifully with all that are willing to accept His love.

God is so eager to save humanity. And He proved His love when He offered His innocent Son to die on behalf of men that they may be saved from the penalty of their own sins (John 3:16). There is no greater love than this (John 15:13).

This answer is also available in: العربية हिन्दीOnly Matthew records this incident where the some of the dead saints got resurrected at the crucifixion and resurrection of Jesus. “Then, behold, the…
View Answer 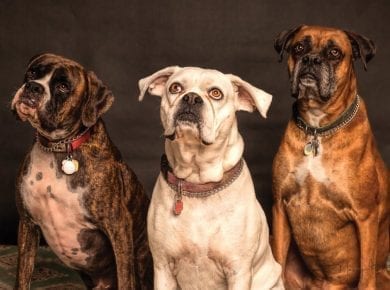 This answer is also available in: العربية हिन्दीAnimals are considered souls according to the Bible “… and every living soul died in the sea” (Revelation 16:3). The Bible tells us…
View Answer