(1) Joshua was a faithful and obedient man. And Moses said to Joshua, “Choose us some men and go out, fight with Amalek. Tomorrow I will stand on the top of the hill with the rod of God in my hand. So Joshua did as Moses said to him, and fought with Amalek” (Exodus 17:9.10 also Numbers 13:2, 3, 8).

(2) He was a man of faith. He and Caleb stood alone for an unpopular cause. This was seen in the incident of the twelve spies that were sent to spy Canaan. Only Joshua and Caleb showed unwavering faith in God and they exhorted the people to trust in God’s power. “But Joshua the son of Nun and Caleb the son of Jephunneh, who were among those who had spied out the land, tore their clothes; and they spoke to all the congregation of the children of Israel, saying: “The land we passed through to spy out is an exceedingly good land.  If the LORD delights in us, then He will bring us into this land and give it to us, ‘a land which flows with milk and honey.’  Only do not rebel against the LORD, nor fear the people of the land, for they are our bread; their protection has departed from them, and the LORD is with us. Do not fear them” (Numbers 14:6–9).

(3) He had a natural capacity for military affairs. The Scripture tells us that “Joshua took the whole land, according to all that the LORD had said to Moses; and Joshua gave it as an inheritance to Israel according to their divisions by their tribes. Then the land rested from war” (Joshua 11:23; 14:5).

(4) He was a godly spiritual leader. This was shown when he ruled Israel. The Scripture tells us that “Israel served the LORD all the days of Joshua, and all the days of the elders who outlived Joshua, who had known all the works of the LORD which He had done for Israel” (Joshua 24:31).

(5) He was a man of decision and a leader. Joshua exhorted the Israelites saying, “And if it seem evil unto you to serve the LORD, choose you this day whom you will serve; whether the gods which your fathers served that were on the other side of the River, or the gods of the Amorites, in whose land you dwell: but as for me and my house, we will serve the LORD” (Joshua 24:15).

Joshua’s quiet, unpretending fidelity and faithfulness proved his fitness to succeed Moses. As he depended wholly on God, the conquest of Canaan succeeded and the nation of Israel prospered. God often works through human instrumentalities, qualified as leaders by years of experience yet at the same time humble and submissive to His good will.

Question: Does God hide the truth from some and reveal it to others (Matthew 11:25)? Answer: Jesus said, “I thank You, Father, Lord of heaven and earth, that You have hidden these…
View Answer 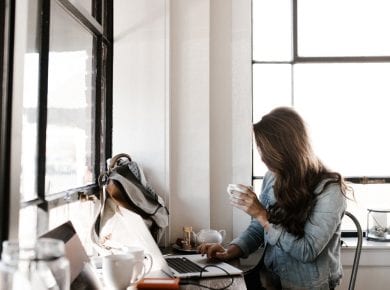 God is certainly offended by sin. God loves His people and longs to be with them, however, sin is what separates His people from Him (Isaiah 59:2). God created the…
View Answer