The Scriptural record gives no information about Jehu’s ancestry or the place of his origin. It only mentions that he was the son of Jehoshaphat. Jehu is commonly known as son of Nimshi and his name, means “Yahweh is he.” Jehu served as a commander in the army of Ahab (2 Kings 9:5, 25) in the northern kingdom of Israel.

God appointed Jehu to be king of Israel

God chose Jehu as one of three men who would carry out His judgment on the house of Ahab. For Ahab “did more evil in the eyes of the Lord than any of those before him” (1 Kings 16:30). The worship of Baal was a curse to the land of Israel, and Ahab and his wife Jezebel, the daughter of the king of Sidonians, had been guilty of promoting it. Therefore, God punished Ahab (1 Kings 21:20–22) and he was killed in a war with the Arameans (1 Kings 22:34–38).

Then, the Lord appointed Jehu to be the king of Israel for his godliness and driving energy. And he immediately fought God’s enemies by besieging Jezreel. In that city Joram, son of Ahab, went to heal from his injury that he got in a war with the Arameans (2 Kings 9:1–16). And Jehu killed the two sons of Ahab—Joram, king of northern Israel, and Ahaziah, king of Judah (2 Kings 9:14–29). After that Jehu went to Jezebel’s palace in Jezreel and commanded the eunuchs to threw her down from the window. So, the queen died and her blood smeared the pavement and the dogs licked it and ate her body (2 Kings 9:30–37; 1 Kings 21:20–26; 22:37–38).

After that Jehu entered the temple of Baal and killed all the priests of Baal and destroyed their temple, thus exterminating Baal worship in Israel (2 Kings 10:23–28). While Jehu may have destroyed the appearances of Baal worship from the nation of Israel, he certainly did not destroy the spirit of apostasy. For the Israelites were as wicked, corrupt, and immoral as before.

And the Lord promised Jehu a blessing for his obedience in fighting evil saying, “Because you have done well in doing what is right in My sight, and have done to the house of Ahab all that was in My heart, your sons shall sit on the throne of Israel to the fourth generation” (2 Kings 10:30).

The work of Jehu was a mixture of good and evil. There were serious evils in his approaches which did not have the consent of Heaven. He failed to teach the people the ways of the Lord. If Baal worship was not to be replaced by the worship of God, then there is no benefit for the people. And Jehu himself did not leave the sins of Jeroboam that had brought wickedness upon Israel (2 Kings 10:29, 31; 12:26–30). For this reason, the Lord gave them up to the hand of king Hazael of Syria (2 Kings 10:32–33).

Jehu reigned over Israel twenty-eight years (2 Kings 10:35–36). His children who ruled upon the throne of Israel were Jehoahaz, Jehoash, Jeroboam II, and Zachariah. Shallum brought an end to Jehu’s family by slaying Zachariah (2 Kings 15:10, 12). So, the house of Jehu ruled Israel for about a century—longer than any other dynasty. And the house of Jeroboam ruled 22 years and that of Omri 44. 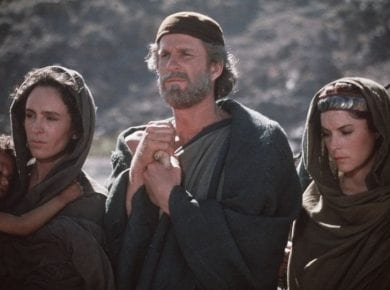 This page is also available in: हिन्दी (Hindi)Jacob’s arrival at Mamre started the official return to his father’s house, where he took up his place as Isaac’s inheritor. Mamre was…
View Answer 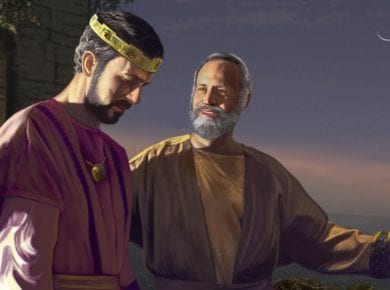 This page is also available in: हिन्दी (Hindi)Hezekiah was a faithful king of Judah that did what was right in the sight of the Lord for most of his life,…
View Answer