1 kings 13:11 speaks of a false prophet used by Satan to lie to another godly prophet and ruin God’s plan and cause disgrace to His messenger. The false prophet gave a false message claiming that it was from God. This message should not have been heeded by the true prophet. For the Lord never sends contradictory messages by His prophets.

The false prophet did what Satan did in the garden of Eden. When God had forbidden man to eat of the tree of knowledge of good and evil under pain of death, Satan through the serpent came with the contradictory message, “Ye shall not surely die” (Gen. 3:4). The false prophet lied as Satan is a liar and deceiver.

The true prophet had his instructions from God, and had twice voiced them as reasons for refusing to give ear to a contrary call (vs. 8, 9, 16, 17). In going contrary to the express directions from the Lord, he was placing himself on Satan’s ground, where the Lord could not help him. Then God spoke through the false prophet of the judgement on the true prophet. And the man of God was brought to see his mistake by words delivered by the messenger of Satan. As a result, a lion killed the prophet that didn’t obey God.

The lesson that the Lord wanted the nation of Israel to learn from this story was that disobedience leads to death.  And in mercy, God sent the nation of Israel a series of signs to warn them from the judgement that will befall them if they don’t repent. The withered arm of the king (1 Kings 13:4), the alter that split apart (1 Kings 13:5), and finally the swift death of the prophet who had gone contrary to the Lord’s command ((1 Kings 13:24) all these signs should have caused them to awaken. But the nation refused to see God’s disapproval with their disobedience and didn’t heed all these warnings. 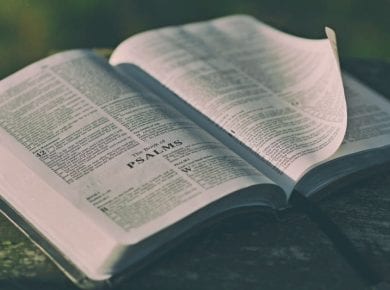 The theme of the book of Psalms reflects man reaching to God for help and God’s hand extended to rescue man from his troubles. This book has provided material for…
View Answer

The Old Testament books were the only scriptures that Christ and His disciples had. Jesus referring to the Old Testament said, “Think not that I am come to destroy the…
View Answer