“Repent and be baptized, every one of you, in the name of Jesus Christ for the forgiveness of your sins. And you will receive the gift of the Holy Spirit’” (Acts 2:38).

The question arises, Why in this instance, and in chs. 10:48; 19:5, is only the name of Jesus mentioned in connection with getting baptized, and not the threefold name given in Matt. 28:19?

The solution seems to be that Luke is not recording the baptismal formula, but Peter’s exhortation to those who are willing to confess Jesus as the Christ. It was only logical that Christian baptism sometimes might be spoken of as if only in the single name, since of the persons of the Godhead, it is Christ particularly to whom baptism points.

This is illustrated in early Christian literature, both in the NT and later. Thus the Teaching of the Twelve Apostles (7; 9), uses both the single name and the three names in connection with getting baptized. This early attitude is demonstrated by Ambrose (d. a.d. 397), who declared concerning the baptismal formula: “He who says the one signifies the Trinity. If you say Christ, you have designated also God the Father from whom the Son was anointed, and also the Son, the very One who was anointed, and the Holy Spirit by whom He was anointed” (De Spiritu Sancto i. 3; J. P. Migne, ed., Patrologia Latina, vol. XVI, col. 743). Peter’s hearers already believed in God the Father; the real test, so far as they were concerned, was whether they would accept Jesus as the Messiah.

So, only by recognizing Jesus could the convert now come to baptism. The disciples had just experienced the gift of the Holy Spirit, and thus they were in a position to recognize the meaning of John the Baptist’s prophecy that Christ would baptize them “with the Holy Ghost, and with fire” (Matt. 3:11). The mystical union between the believer and his Lord, made real by the Spirit, is signalized in the rite of baptism.

And since, Jesus, the Father and the Holy Spirit are one (John 10:30; Acts 16:7), both baptisms are correct. But combining the testimonies of Matthew with the book of Acts, candidates may be baptized in the name of the Father, and the Son, Jesus Christ, and the Holy Ghost. Following this method prevents exalting one Scripture above another. What is more important is the recognition that baptism identifies us with the death, burial and resurrection of Christ, our Savior. We are buried with Him and are raised to walk with Him in newness of life. 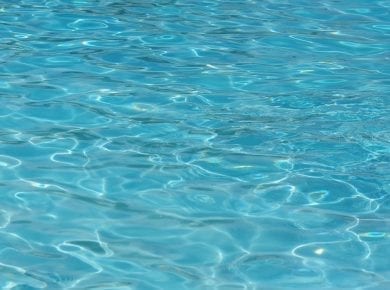 This answer is also available in: हिन्दीJesus commanded, in Matthew 28:19, that the believers should be baptized in “the name of the Father and of the Son and of the…
View Answer

This answer is also available in: हिन्दी“Then one of the criminals who were hanged blasphemed Him, saying, “If You are the Christ, save Yourself and us. But the other, answering,…
View Answer