Home Blog Who will receive the Mark of the Beast?

When Christians think of the mark of the beast, they commonly assume it will be some sort a tattoo or a hi-tech computerized microchip, such as an RFID chip that will be surgically inserted under human skin by the government. Others believe the mark will take the form of a national ID card without which no one can buy or sell.

The Bible predicts a time when the mark of the beast will come upon “all, both small and great, rich and poor, free and slave” and that whoever receives this mark will be doomed forever:

“If anyone worships the beast and his image and receives his mark on the forehead or on the hand, he, too, will drink of the wine of God’s fury, which has been poured full strength into the cup of his wrath” (Revelation 14:9,10).

So, what are the characteristics of the group that will receive the mark of God? The Bible gives us the answer in this same chapter and in the verse following the one posted above:

“Here is the patience of the saints: here are they that keep the commandments of God, and the faith of Jesus” (Revelation 14:12).

The faith of Jesus and the keeping of His Ten Commandments (including His seventh day Sabbath – Exodus 20) represent the two characteristics of the saints. The commandments of God are a transcript of His character. They set forth the divine standard of righteousness that God would have man attain and eventually be judged by (James 2:10). But by his own power, man cannot attain that state (Rom. 8:7). Despite his best attempts, man continually comes short of the glory of God (Rom. 3:23).

Praise God. Jesus came to empower man to be able to do God’s will and that he may be restored to the divine image. Jesus came to show man what the Father is like, and in this sense amplified the moral law (Matthew 5:17,18). And by His grace people are enabled to keep His law (Rom. 8:4).

God is now calling all of His children to escape His wrath:

“Come out of her, my people, that ye be not partakers of her sins, and that ye receive not of her plagues” (Revelation 18:4).

God’s people today are called out of mystical Babylon (the false churches that break God’s commandments) in order that they may be accounted worthy to enter the New Jerusalem.

Father, thank you for preparing a way of protection for Your children.

For more on the mark of the beast, check the following link. 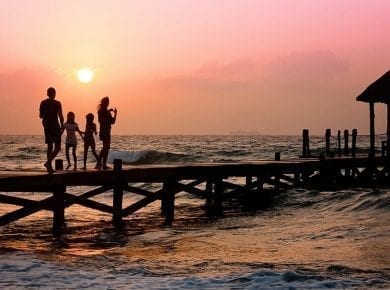 Exodus 20:12 – Honor your father and your mother, that your days may be long upon the land which the Lord your God is giving you. When I ask people…
View Post
Recently a friend here at Proof Directory sent me the following video of a young thirteen year old physics genius named Maxwell or Max. Max has a theory that God…
View Post