The word “disciple” is defined as the personal follower of the Savior during His life. And the terms “disciples” and “apostles” are used in the Bible interchangeably. The original twelve disciples/apostles are recorded in the gospel of Matthew 10:2–4:

“These are the names of the twelve apostles: first, Simon (who is called Peter) and his brother Andrew; James son of Zebedee, and his brother John; Philip and Bartholomew; Thomas and Matthew the tax collector; James son of Alphaeus, and Thaddaeus; Simon the Zealot and Judas Iscariot, who betrayed Him.” The disciples are also listed in Mark 3:16–19 and Luke 6:13–16.

An evaluation of the three lists shows few minor variances in the names. It seems that Thaddaeus was also known as “Judas, son of James” (Luke 6:16) and Lebbaeus (Matthew 10:3). Simon the Zealot was also named as Simon the Canaanite (Mark 3:18). The apostle John uses the name “Nathanael” in the place of “Bartholomew.” But Nathanael and Bartholomew were unquestionably the same person. Judas Iscariot, Jesus’ betrayer, who killed himself, was substituted by Matthias (Acts 1:20–26).

Mark 6:7–13 records that Christ originally sent out the twelve apostles in pairs (Matthew 10:5–42, Luke 9:1–6) to towns in Galilee. The Lord empowered them to heal the sick and cast out demons. They were to “take nothing for their journey, except a staff only: no bread, no wallet, no money in their purse, but to wear sandals, and not put on two tunics”, and that if any town rejects them they ought to shake the dust off their feet as they leave, a gesture which some scholars think was meant as a contemptuous threat (Matthew 10:14).

Later in the Gospel stories, the twelve apostles are described as having been commissioned to preach the Gospel to “all the nations,” regardless of whether the were Jews or Gentiles. Paul stressed the major role of the apostles in the church of God when he said that the household of God is “built upon the foundation of apostles and prophets, Christ Jesus himself being the cornerstone” (Ephesians 2:19–20).

The twelve disciples/apostles were normal men whom God used in a mighty way to spread the good news of the gospel to the world. These individuals had different occupations and backgrounds. Most were fishermen and one was a tax collector. Although they had their own shortcomings, they were humble, teachable and pious.

After the ascension of Christ, the Father poured His Holy Spirit on them and they became bold in evangelism and preached without fear from the religious leaders and all those that opposed them (Acts 17:6). By doing so, they testified that they have “been with Jesus” (Acts 4:13).

The twelve disciples were faithful followers of Jesus Christ. They learned from Him, and were His witnesses (Matthew 28:18-20; Acts 1:8). Christian tradition has generally believed that all of the apostle but one were martyred for their faith in the Lord. 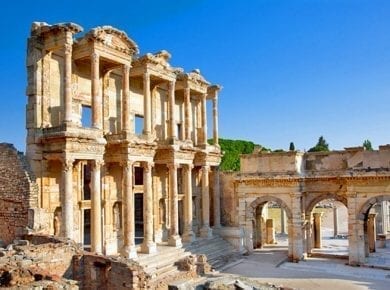 This page is also available in: हिन्दी (Hindi)Some define the name Ephesus as meaning “desirable.” In John’s day Ephesus was the leading city of the Roman province of Asia, and…
View Post 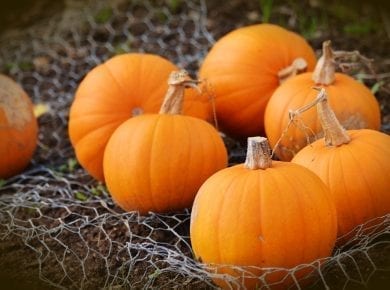 This page is also available in: हिन्दी (Hindi)Christians families should educate their children to the true meaning of Halloween. Halloween, no matter how commercialized, has almost completely pagan origins. October 31st…
View Post