Eli’s sons violated God’s command by doing evil acts, such as taking portions of the sacrifices for themselves (1 Samuel 2:13-16; Leviticus 7:30-34), and having sexual relations with the sanctuary’s serving women (1 Samuel 2:22). Therefore, the sins of the young men were too great before the LORD. They caused worshipers to detest bringing offerings to the LORD.

God’s judgement against them

The wickedness of Hophni and Phinehas raised the anger of the Lord. And He sent a “man of God” with a divine message of judgement to Eli saying, “Behold, the days are coming that I will cut off your arm and the arm of your father’s house, so that there will not be an old man in your house… Now this shall be a sign to you that will come upon your two sons, on Hophni and Phinehas: in one day they shall die, both of them” (1 Samuel 2: 31-34).

Eli failed to disciple his sons

Eli was lenient with his sons “and he did not restrain them” (1 Samuel 3:13). He should have taken a preventive action against them for defiling God’s temple. He merely warned them saying, “If one man sins against another, God will judge him. But if a man sins against the LORD, who will intercede for him?” (1 Samuel 2:25). His sons disregarded his warnings and he took no further action.

The death of Eli’s sons

As the two sons rejected God’s protective care and followed their own selfish desires, they sealed their own doom. Soon after, Hophni and Phinehas, took the Ark of the Covenant to war against the Philistines. And the Israelites were defeated, the ark of God was captured, and Eli’s two sons, Hophni and Phinehas were killed (1 Samuel 4:10–11).

On the same day, when Eli heard the sad news, he fell from his seat, broke his neck, and died (1 Samuel 4:18). Phinehas’ wife who was pregnant and due to deliver, went in labor and gave birth to a son that she named Ichabod which means “the glory has departed” and she also died (1 Samuel 4:19-22).

Hophni and Phinehas disregarded the instructions of God and refused to heed their father’s advice. They reaped the consequences of their deeds. The ministry of Eli’s sons, in 1 Samuel 2, is contrasted with that of the faithful Samuel who grew in favor with both man and God.  After the death of Eli, Hophni and Phinehas, God appointed Samuel to become the spiritual leader of Israel. He served as a faithful  judge, priest, and prophet (1 Samuel 3:19-21). 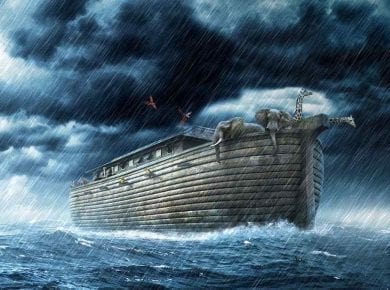 This answer is also available in: हिन्दीThe Bible tells us that “Of clean animals, of animals that are unclean, of birds, and of everything that creeps on the earth, two by…
View Answer 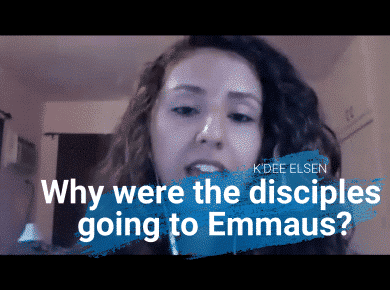 This answer is also available in: हिन्दी   Judy I absolutely love love that story and that story’s found in Luke chapter 24. And so falling kind of again like…
View Answer