The name Joel in Hebrew is “Yo’el” and it means, “Yahweh is God.” Joel was the son of Pethuel and he seems to have been a native of Judah. He is the author of the book that bears his name. This book is part of a group of twelve prophetic books known as the Twelve Minor Prophets. Joel’s prophetic mission was for Judah and Jerusalem (chs. 2:1, 15; 3:1, 6, 18, 20, 21). Interestingly, throughout his prophecies, there is no mention of Israel. He occupies an esteemed ranking among Hebrew prophets and has been classed with Isaiah and Habakkuk in style. He is noted for his richness, clarity, and purity of description.

The prophet himself tells us nothing about the time of his writing. He does not, as is true of many other prophets (Isaiah 1:1; Hosea 1:1; Amos 1:1; etc). Joel’s prophetic ministry could have taken place in the 7th century, in the early years of Josiah.

The book is divided into two parts: The first part, chapters 1 to 2:17, presents a description of a terrible “locust” invasion that was accompanied by a drought which portrays the declining spiritual state of the nation and is the basis of the prophet’s appeal to repentance (chs. 1:13, 14; 2:1, 12–17. The second part, chapters 2:18 to 3:21, presents the promise of restoration to divine favor.

Under the theme of the coming “day of the Lord,” Joel calls his nation to forsake their sins, and promises an outpouring of the Spirit “afterward” (Joel 2:28–32). The expectation of such an outpouring of the Holy Spirit was strong among the devout men of the old testament. In the New Testament, a partial fulfillment of the prophecy of Joel took place at the outpouring of the Holy Spirit at Pentecost. It was quoted by the apostle Peter in his Pentecost sermon in Acts 2: 17-21 as the “early rain” or an autumn blessing. This prophecy will have a complete fulfillment just before the second coming of Christ when the Holy Spirit will fall in a greater measure known as the “latter rain” or the spring blessing (Joel 2:23). 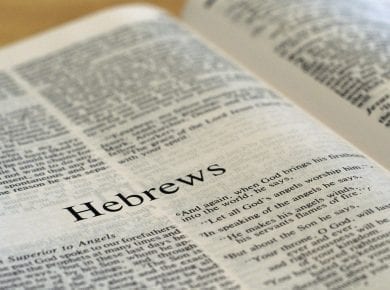 This page is also available in: हिन्दी (Hindi)There was dispute as to the authorship of the book of Hebrews among the early Christians. While many attributed the book to Paul,…
View Answer 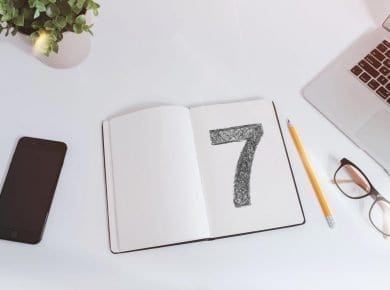 This page is also available in: हिन्दी (Hindi)The first use in the Bible for the number 7 appears in the creation week (Genesis 1). God created the heavens and the…
View Answer