Different  systems have unique teachings about who the first person on earth was? The Bible tells us that Adam was the first person that was created on Earth. Then God created Eve as his help mate. The creation story is recorded in the book of Genesis chapters 1 and 2. Mankind is special above all other creatures because it bears the image of God (Genesis 1:27).

Adam and Eve were created in a state of perfection (Genesis 1:25). They were completely innocent. And they were able to fellowship with God freely. They were instructed by God to eat from all the trees in the garden of Eden, except for one (Genesis 2:16–17). God gave them just one rule to test their love to Him. They were forbidden to eat from the tree of the knowledge of good and evil (Genesis 2:17).

Sadly, Eve was tempted by the serpent to eat from the forbidden tree, and she did. Later on, Adam joined his wife in disobedience (Genesis 3:1–6). When they sinned against God, they lost their state of innocence and perfection (Genesis 3:7–12). Like a deadly disease, sin brought death. By succumbing to temptation, Adam and Even lost their home in Eden and Satan became ruler of this world. And they no longer had access to the tree of life (Genesis 3:22–24).

In His great mercy, God planned a way to redeem His children whom He loved dearly. He planned that His Son would bear the punishment of their sin by His death. And God gave them a message of hope in the promise of a future Redeemer. He said that the Seed of the woman (Christ) would come to crush the head of the Serpent (Satan), at the cost of being bruised Himself by death (Genesis 3:15).

So, an essential part of the creation story is a prediction of Jesus’ death on the cross and delivering His only begotten Son, that “whoever believes in Him shall not perish, but have eternal life” (John 3:16). So, while “The first man Adam was made a living soul; the last Adam was made a quickening spirit… The first man was of the earth, made of dust; the second Man is the Lord from heaven” (1 Corinthians 15:45-47) that saved humanity from eternal death. 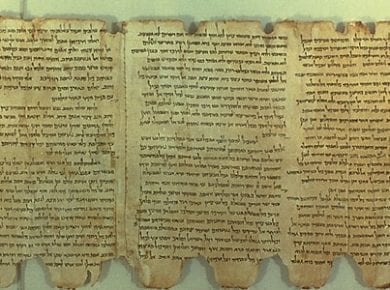 This answer is also available in: हिन्दीThe Book of Jasher (also, Jashar) literally means the “book of the upright.” The Syriac calls it “book of praises” or “book of hymns.”…
View Answer

This answer is also available in: हिन्दीThe Lord tells us that all the Bible is inspired, “All scripture is given by inspiration of God” (2 Timothy 3:16). “Prophecy came not…
View Answer