The following quotations show what some of the most influential Protestant Reformers and early Christian leaders believed about Antichrist (“the little horn” (Daniel 7:8), “the beast” (Revelation 13:1), and “the man of sin” (2 Thessalonians 2:3).

“Luther … proved, by the revelations of Daniel and St. John, by the epistles of St. Paul, St. Peter, and St. Jude, that the reign of Antichrist, predicted and described in the Bible, was the Papacy … And all the people did say, Amen! A holy terror siezed their souls. It was Antichrist whom they beheld seated o­n the pontifical throne. This new idea, which derived greater strength from the prophetic descriptions launched forth by Luther into the midst of his contemporaries, inflicted the most terrible blow o­n Rome.” Taken from J. H. Merle D’aubigne’s History of the Reformation of the Sixteen Century , book vi, chapter xii, p. 215.

Martin Luther declared, “We here are of the conviction that the papacy is the seat of the true and real Antichrist.” (Aug. 18, 1520). Taken from The Prophetic Faith of Our Fathers, by LeRoy Froom. Vol. 2., pg. 121.

“Some persons think us too severe and censorious when we call the Roman pontiff Antichrist. But those who are of this opinion do not consider that they bring the same charge of presumption against Paul himself, after whom we speak and whose language we adopt… I shall briefly show that (Paul’s words in II Thess. 2) are not capable of any other interpretation than that which applies them to the Papacy.” Taken from Institutes of the Christian Religion, by John Calvin.

John Knox sought to counteract “that tyranny which the pope himself has for so many ages exercised over the church.” As with Luther, he finally concluded that the Papacy was “the very antichrist, and son of perdition, of whom Paul speaks.” The Zurich Letters , by John Knox, pg. 199.

“Whereof it followeth Rome to be the seat of antichrist, and the pope to be very antichrist himself. I could prove the same by many other scriptures, old writers, and strong reasons.” (Referring to prophecies in Revelation and Daniel.) Works by Cranmer, Vol. 1, pp. 6-7.

Pastor Williams spoke of the Pope as “the pretended Vicar of Christ o­n earth, who sits as God over the Temple of God, exalting himself not o­nly above all that is called God, but over the souls and consciences of all his vassals, yea over the Spirit of Christ, over the Holy Spirit, yea, and God himself…speaking against the God of heaven, thinking to change times and laws; but he is the son of perdition (II Thess. 2).” The Prophetic Faith of Our Fathers, by Froom, Vol. 3, pg. 52.

The Westminster Confession of Faith (1647):

“There is no other head of the church but the Lord Jesus Christ. Nor can the pope of Rome in any sense be head thereof; but is that Antichrist, that man of sin and son of perdition that exalteth himself in the church against Christ and all that is called God.” Taken from Philip Schaff’s, The Creeds of Christendom, With a History and Critical Notes , III, p. 658, 659, ch. 25, sec. 6.

“The oracles of God foretold the rising of an Antichrist in the Christian Church: and in the Pope of Rome, all the characteristics of that Antichrist are so marvelously answered that if any who read the Scriptures do not see it, there is a marvelous blindness upon them.” Taken from The Fall of Babylon by Cotton Mather in Froom’s book, The Prophetic Faith of Our Fathers, Vol. 3, pg. 113.

Speaking of the Papacy, John Wesley wrote, “He is in an emphatical sense, the Man of Sin, as he increases all manner of sin above measure. And he is, too, properly styled the Son of Perdition, as he has caused the death of numberless multitudes, both of his opposers and followers… He it is…that exalteth himself above all that is called God, or that is worshipped…claiming the highest power, and highest honour…claiming the prerogatives which belong to God alone.” Antichrist and His Ten Kingdoms, by John Wesley, pg. 110.

A Great Cloud of Witnesses:

“Wycliffe, Tyndale, Luther, Calvin, Cranmer; in the seventeenth century, Bunyan, the translators of the King James Bible and the men who published the Westminster and Baptist confessions of Faith; Sir Isaac Newton, Wesley, Whitfield, Jonathan Edwards; and more recently Spurgeon, Bishop J.C. Ryle and Dr. Martin Lloyd-Jones; these men among countless others, all saw the office of the Papacy as the antichrist.” Taken from All Roads Lead to Rome, by Michael de Semlyen. Dorchestor House Publications, p. 205. 1991. 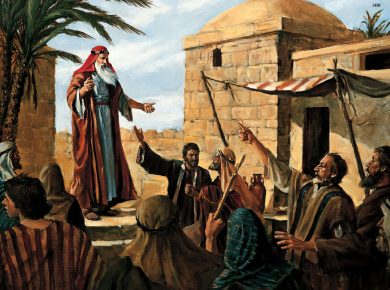 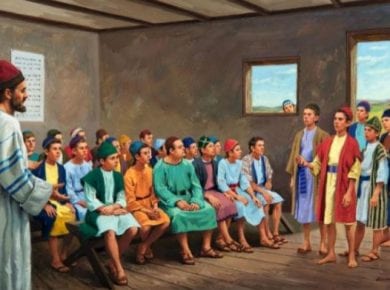 Table of Contents The time of SamuelThe time of ElijahThe CurriculumMiracles related to the sons of the prophetsPractical lessons This answer is also available in: हिन्दीThe school of the prophets…
View Answer