The books of Acts and First Corinthians mention a person by the name Sosthenes. However, the Sosthenes of Acts need not be identified with the one in Corinthians, though it is possible that the leader of persecution was afterward converted, as in the case of the apostle Paul. The two references have to do with the apostle Paul’s missionary journeys.

After that, the Bible records that Sosthenes became the leader of the synagogue. He may have tried to exhibit his zeal against the Christians by accusing Paul before the proconsul. By this he probably hoped to gain the attention of the Greeks who mimicked Gallio’s disapproval, and followed his hostile decision.

After Paul had been in Corinth about 18 months, the Jews, led by Sosthenes, rose up with one accord against him and brought him to the judgment seat before the Roman proconsul, Gallio. Their accusation was that “this man . . . is persuading the people to worship God in ways contrary to the law” (v. 13). But Gallio responded by saying, “I will not be a judge of such things” (v. 15). And Sosthenes was captured and beaten probably by Greeks for trying to cause trouble in their city. But Gallio took no notice of these things (verse 17). Thus, Gallio’s stand helped the spread of Christianity.

The second mention of Sosthenes is found in 1 Corinthians 1 as part of the salutation of Paul’s letter to the Corinthians: “Paul, called to be an apostle of Christ Jesus by the will of God, and our brother Sosthenes, to the church of God in Corinth, to those sanctified in Christ Jesus and called to be his holy people, together with all those everywhere who call on the name of our Lord Jesus Christ—their Lord and ours: Grace and peace to you from God our Father and the Lord Jesus Christ” (v. 1–3).

It is probable that this Sosthenes is the same as the ruler of the Corinthian synagogue (Acts 18:17). However, the tradition that says that he was one of the 70 disciples (Luke 10:1) is without support. He may have been Paul’s scribe, as Tertius was of the Epistle to the Romans (Rom. 16:22). For it was Paul’s custom to mention the names of his friends. 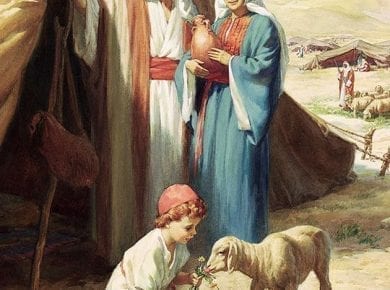 Sarai (Sarah) was the wife of Abram (Genesis 16:1). They both had the same father but different mothers (Genesis 20:12). This was accepted at that time. Sarai and Abram lived…
View Answer 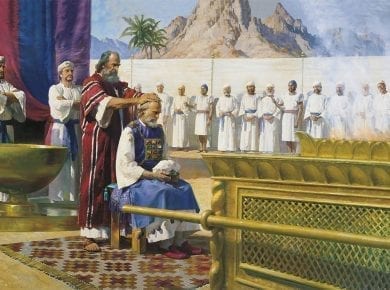 Aaron was a prophet, high priest, and the brother of Moses (Exodus 6:20; 15:20). While Moses grew up in the Egyptian royal court, Aaron and his elder sister Miriam lived…
View Answer