King Jehoiakim ruled in Judah from 609 to 598 b.c.  He was the second son of the godly King Josiah. When Josiah died at Megiddo, the people made Jehoahaz, his fourth son king (1 Chron. 3:15). After Jehoahaz had ruled for three months, Necho of Egypt, during a crusade, overthrew him and placed Jehoiakim as king (2 Kings 23:29–34). And the Egyptian pharaoh changed the name of the new king of Judah, from Eliakim, “My God raises up,” to Jehoiakim, “Jehovah raises up.”

Judah was now under Egyptian authority and paid a substantial tribute for its protection (2 Kings 23:35). The money demanded by Pharaoh came not from the king but from the public. When Assyria demanded 1,000 talents of silver from the king, the sum was obtained by a tax on all the rich (2 Kings 15:19, 20). However, in this case, it seems the money was a general tax on the poor and the rich. But Jehoiakim seemed to have been content to be loyal to his Egyptian protector.

Nebuchadnezzar attacked Jerusalem in the third year of Jehoiakim, which was the accession year of Nebuchadnezzar, or 605 b.c. (Daniel. 1:1). According Babylonian records, Nebuchadnezzar, defeated the Egyptians definitively in battles at Carchemish and near Hamath in the spring or early summer of 605 b.c., causing all Syria and Palestine to lay open to the triumphant Babylonians. Obviously, this was when Jehoiakim of Judah became a subject of Babylon and submitted captives, among them Daniel, to Nebuchadnezzar.

Three years later, Jehoiakim seems to have transferred his loyalty back to Egypt, and his guess of their revived power appeared in some way right when the Egyptians caused heavy losses on Nebuchadnezzar’s army in 601 b.c. But Jehoiakim’s rebellion displayed a lack of political prudence, because the Babylonians rapidly recovered from their defeat, and returned to penalize their disloyal subjects.

Jehoiakim’s rebellion led to the second invasion of Judah and his imprisonment and death. The king had a sad end (2 Kings 24:5). Nebuchadnezzar “bound him in fetters, to carry him to Babylon” (2 Chron. 36:6). He was to be “buried with the burial of an ass … beyond the gates of Jerusalem” (Jeremiah 22:19), and his dead body was to be “cast out in the day to the heat, and in the night to the frost” (Jeremiah 36:30).

Thus, the divine prediction of destruction upon Judah and Jerusalem for their apostasy came upon Jehoiakim himself. And he was followed on the throne by his son Jehoiachin (2 Kings 24:6), who surrendered to Babylon. The date for his surrender according to the Babylonian Record was Adar 2, year 7 of Nebuchadnezzar’s rule in the Babylonian calendar (around March 16, 597 b.c.). 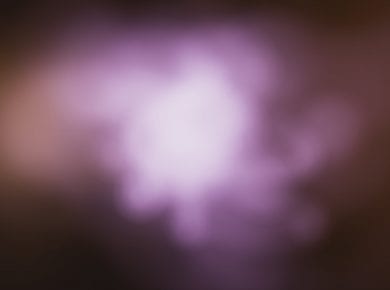 This page is also available in: हिन्दी (Hindi)The aura is believed to be the energy field that surrounds each living thing, including humans. Psychics, the occult, New Age, Wicca, and…
View Answer