The phrase the “daughter of Zion” is recorded in the Old Testament in different places: 2 Kings 19:21; Jeremiah 4:31; Isaiah 62:11; Micah 4:13. The name “Zion” is a poetic personification to Jerusalem or the nation of Israel (Isaiah 1:8). Zion was originally the ancient Jebusite stronghold, the city of David (2 Samuel 5:7; 1 Kings 8:1; Psalms 48:2), but later the name was applied in an extended sense to the entire city.

The term “daughter” implies that God is a loving father to His people which calls for their rejoicing. The prophet Zechariah wrote,” Sing and rejoice, O daughter of Zion! For behold, I am coming and I will dwell in your midst,” says the LORD” (Zechariah 2:10).

Cities with their inhabitants thought of in a symbolic sense, are frequently referred to as women (Isaiah 47:1; Psalms 45:12; Lamentations 2:15). And the personification of Jerusalem as a woman is a common figure in the Scriptures (Isaiah 23:12; 52:2; Lamentations 2:13; Micah 4:10). A virgin daughter or the “virgin, the daughter of Zion” (Isaiah 37:22), refers to a righteous woman or nation. In contrast, Babylon was a called a harlot for her apostasy and corruption (Revelation 17:1, 5).

God’s special relationship to ancient Israel was frequently stressed in the Scriptures. The Lord said to the Israelites, “For you are a holy people to the LORD your God, and the LORD has chosen you to be a people for Himself, a special treasure above all the peoples who are on the face of the earth” (Deuteronomy 14:2 also 4:7, 20; 2 Samuel 7:23; 1 Chronicles 17:21).

But God’s promises of blessings to old Israel were conditional upon its faithfulness and obedience to His law. He said, “Now it shall come to pass, if you diligently obey the voice of the LORD your God, to observe carefully all His commandments which I command you today, that the LORD your God will set you high above all nations of the earth“ (Deuteronomy 28:1).

Its rejection to God was revealed by its rejection to the Son of God. And Christ mourned their rejection saying, “O Jerusalem, Jerusalem, the one who kills the prophets and stones those who are sent to her! How often I wanted to gather your children together, as a hen gathers her chicks under her wings, but you were not willing! See! Your house is left to you desolate” (Matthew 23: 37,38).

The nation of Israel added to its guilt the sin of crucifying the Savior (Matthew 27:32-56). Therefore, the Lord rejected them and their false worship. At the death of Christ, “the veil of the temple was torn in two from top to bottom” (Matthew 27:51). Later on, Christ’s prophecy in Matthew 23: 37,38, was fulfilled when the nation of Israel was finally destroyed by the Romans in 70 AD.

Therefore, the favored position of ancient Israel was taken from her and given to spiritual Israel which is the Christian church. And Jesus’ words that were addressed to literal Israel were fulfilled. “Therefore I tell you that the kingdom of God will be taken away from you and given to a people who will produce its fruit” (Matthew 21:43).

In the future, God’s plan to save the world would no longer be dependent on the literal nation of Israel. In the New Testament, both Jews and Gentiles are brought into the family of God through submission to Christ. “For you are all sons of God through faith in Christ Jesus. For as many of you as were baptized into Christ have put on Christ. There is neither Jew nor Greek, there is neither slave nor free, there is neither male nor female; for you are all one in Christ Jesus. And if you are Christ’s, then you are Abraham’s seed, and heirs according to the promise” (Galatians 3:26, 29).

If the “daughter of Zion” had listened to the warnings of God, Jerusalem would have stood forth in the pride of success, the queen of all nations. And God would have lived among His people and the city would have become the world’s crown of honor. But they did fulfill their God given covenant. 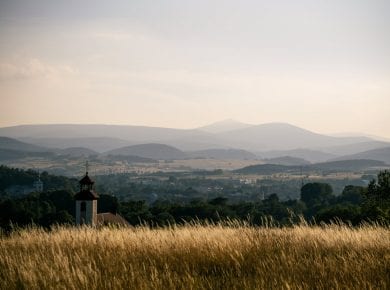 This answer is also available in: हिन्दीWhile “Israel” often means the northern tribes in contradistinction to Judah, it also means the twelve tribes and even refers to Judah, as well…