Nabu or Nebo was the Babylonian god of wisdom and Literacy in the 1st millennium BC. He was known as Nisaba in the Sumerian pantheon. His place of worship was at the city Borsippa, near Babylon. This god was considered the creator of writing and a divine scribe. He was allied with the scribe god Ninurta. As the god of writing, Nabu extolled the fates allotted to people. And as an oracle, he was associated with the Mesopotamian moon god Sin. In addition, he was considered the patron god of the rational arts, and a god of vegetation.

This god was also worshiped by the Assyrians. His wife was the Akkadian goddess Tashmet. The adoration of this god spread to ancient Egypt where he was considered one of the five non-Egyptian gods worshiped in Elephantine.

Nabu reached a position second only to the god Marduk, and was considered as his son. He gave homage to his father by making an annual visit to Babylon, during the time of the New Year celebration. And in return, the worshipers claimed that Marduk escorted Nabu and returned back to Borsippa.

The symbol of Nabu was a stylus resting on a tablet. He wore a horned cap, and stood with his hands clasped in the ancient gesture of priesthood. This god rode on a winged dragon known as Sirrush that originally belonged to his father Marduk. Priests at the temple of Nabu used clay tablets with especial calligraphic skill. Today, a Colossal figure of the god Nabu, 8th century BC, from Nimrud, is displayed in the National Museum in Iraq. In Babylonian astrology, Nabu was identified with the planet Mercury.

In Hellenistic times, people identified Nabu with the Greek god Apollo. And the Romans linked this god, the god of wisdom, with Mercury. The latter was the god of commerce, divination, luck, trickery, thieves and the guide of souls to the underworld.

In the Bible, Nabu is mentioned as Nebo in Isaiah 46:1 and Jeremiah 48:1. The name of Nabu appears in the names Nebuchadnezzar (Dan. 1:1) and Nabopolassar. 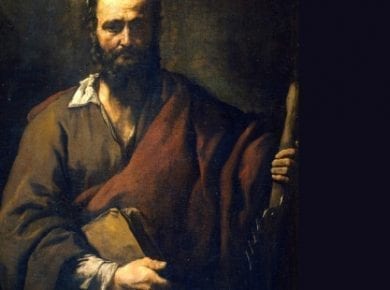 Table of Contents The nameThe ZealotsNot much is knownTradition on ministry and death This answer is also available in: हिन्दीSimon the Zealot was one of the twelve disciples of Jesus…
View Answer 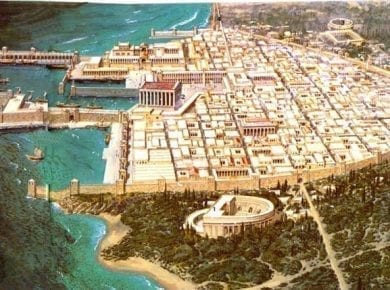 This answer is also available in: हिन्दीThe ancient city of Caesarea was located on the way from Tyre to Egypt. It dates from the Roman period. It later became the…
View Answer