Who is Jesus Christ?

Every major religion believes that Jesus was a prophet, a godly man or a good teacher. The point of contention, however, is about His divinity. But Jesus didn’t leave people in the dark about who He was.

Evidences of His divinity are irrefutable. These may be summarized briefly:

(3) The prophecies He fulfilled (Luke 24:26, 27, 44; John 5:39). There are over 270 Bible prophecies concerning Christ. All these prophecies were fulfilled in amazing accuracy. Jesus would have had no control over many of them such as His birthplace or time of birth. The odds of one man accidentally fulfilling even just 16 of these are 1 in 10^45. https://bibleask.org/how-do-we-know-that-jesus-christ-is-the-messiah-that-the-ot-prophecies-predicted/

(4)-His resurrection from the dead (Matthew 27:53). All through His ministry, Jesus prophesied that He will die and be raised on the third day (Matthew 20:19; Mark 8:31). And after His resurrection, He appeared to many of His disciples and they testified to that fact (Luke 24:13-47).

“But about the Son he says, ‘Your throne, O God, will last forever and ever, and righteousness will be the scepter of your kingdom.’” “For to us a child is born, to us a son is given, and the government will be on his shoulders. And he will be called Wonderful Counselor, Mighty God, Everlasting Father, Prince of Peace” (Isaiah 9:6).

Jesus testified to His own divinity

The apostles testified to Jesus’ divinity

Jesus had to be God to save the world

Finally, if Jesus is not God, then His death would not have been enough to pay the price for the sins of the world (1 John 2:2). For only the perfect Creator could atone for His creatures’ sins (Romans 5:8; 2 Corinthians 5:21). Jesus had to be God so that He could pay for the sins of the human race (John 14:6).

When examining Jesus’ sinless life, supernatural acts and miracles, the Messianic prophecies, resurrection from the dead, His life changing words, and the testimony of God and people, we can be certain that He was indeed the Son of God – the Savior of the world. No other person in history ever claimed divinity and substantiated his claims with such perfect life and supernatural acts.

This page is also available in: العربية (Arabic) हिन्दी (Hindi)“If your right eye causes you to sin, pluck it out and cast it from you; for it is more profitable for…
View Answer 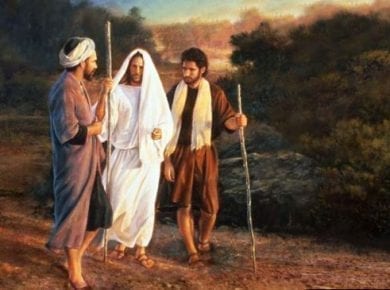 This page is also available in: العربية (Arabic) हिन्दी (Hindi)In some of the post-resurrection appearances, Jesus was instantly recognized, or so it seems, while in others He was not. The…
View Answer