The Nicolaitans are first mentioned in the book of Revelation. Nicolaism is a Christian heresy that plagued the churches at Ephesus, Pergamum (v. 15), and perhaps elsewhere.

Irenaeus identifies the Nicolaitans as a Gnostic sect: “John, the disciple of the Lord, preaches this faith [the deity of Christ], and seeks, by the proclamation of the Gospel, to remove that error which by Cerinthus had been disseminated among men, and a long time previously by those termed Nicolaitans, who are an offset of that ‘knowledge’ might confound them, and persuade them that there is but one God, who made all things by His Word” (op. cit. iii. 11. 1; ANF, vol. 1, p. 426).

There is also historical evidence of a Gnostic sect called Nicolaitans a century or so later. Some church fathers who reported concerning this sect (Irenaeus op. cit. i. 26. 3; Hippolytus Refutation of All Heresies vii. 24) identified its founder as Nicolas of Antioch, one of the seven deacons (Acts 6:5). Whether the tradition concerning Nicolas the deacon is accurate or not, it is not clear that the sect may be the same as the one mentioned by John.

In the 2nd century, at least, the Nicolaitans appear to have taught that the works of the flesh do not affect the spotlessness of the soul, and consequently have no bearing on salvation. The parallel that the apostle John made of this sect with Balaam suggests that there were some at Pergamum whose purpose was to split and destroy the church by encouraging practices that were forbidden to Christians (Acts 15:29). Like Balaam, who was concerned about advancing his own interests, not those of God’s people, this sect was promoting the deeds of the flesh over the godly pursuits . 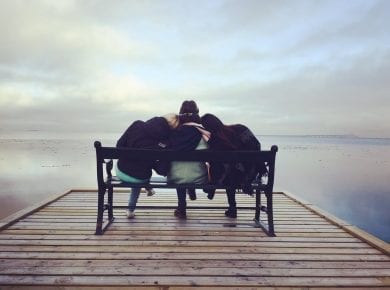 Some feel that restrictions in the Christian life can drive the young people away from the Lord. But God is love and His laws serve as a wall of protection…
View Answer 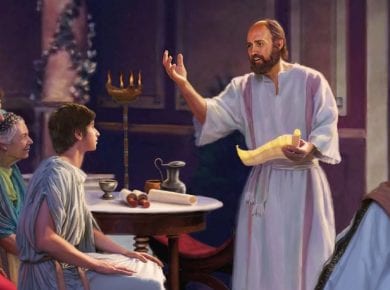 Timothy, in Greek is Timotheus, which means “honored of God.” His father was Greek but his mother was Jewish. He was a native of Lystra in Lycaonia (Anatolia). Paul wrote…
View Answer