The high priests were part of the Jewish priestly families that go back to Aaron, the first high priest of Israel and elder brother of Moses, through Zadok, who was a leading priest at the time of David and his son Solomon. This tradition ended in the 2nd century BCE during the rule of the Hasmoneans, when the position was occupied by other priestly families unrelated to Zadok.

The high priest was entrusted with the Urim and Thummim (Exodus 28:30). Also, on Yom Kippur he entered the Holy of Holies, to atone for his house and for the people (Leviticus 16). He offered the sacrifices for the sins of the priests, or of the people, or of himself (Leviticus 4); and he served at the sacrifices after his own or another priest’s consecration (Leviticus 9). In addition, he offered a meal-offering every morning and evening for himself and the whole congregation of the priesthood (Leviticus 6:14–15).

List of high priests in the Persian, Greek and Hasmonean kingdoms:

Leaders in the Roman period

When the Romans ruled, they granted the Hasmonean king, Hyrcanus II, limited authority under the Roman governor of Damascus. And in 37 BCE, they appointed Herod, a son-in-law of Hyrcanus II, King of Judea. Ten years after Herod’s death (4 BCE), Judea came under direct Roman administration. 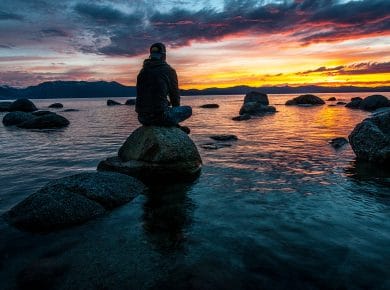 Table of Contents What happens at creationWhat happens at death?What is the spirit?The soul is not immortal This page is also available in: हिन्दी (Hindi)The Bible teaches that man is…
View Answer

This page is also available in: हिन्दी (Hindi)Satan is the originator of sin. And his sin caused all the suffering, pain, and death that we have in the world today.…
View Answer