In the New Age theology of Benjamin Creme, which was founded on the teachings of Helena P. Blavatsky (HPB) and Alice A. Bailey (AAB), we find that these teachings were dictated to them from various Ascended Masters. Through a closer examination of their beliefs, it can be shown that the so-called Ascended Masters who developed their theology are in fact the Fallen Angels of the Judeo-Christian tradition.

The Bible teaches that the Antichrist will establish a single, mandatory religious system. In Revelation 13:8, it says, “And all that dwell upon the earth shall worship him (Antichrist), whose names are not written in the book of life of the Lamb slain from the foundation of the world.”; “as many as would not worship the image of the beast should be killed” (Revelation 13:15). In the New Age theology, we find that the Maitreya is predicted to establish the New World Religion.

So, the ascended Masters of the New Age religion (demons) will unite with the Antichrist to promote a one world religion. But who is the Antichrist according to the Bible?

Daniel chapters 7, Daniel 8 and Revelation 13, give at least 10 points that identify the Papacy as the Antichrist:

B. It would have a man at its head who could speak for it (Daniel 7:8). The papacy does have one man at the head (the pope).

C. It would pluck up or uproot three kingdoms (Daniel 7:8). The emperors of Western Europe were largely Catholic and supported the papacy in its growth and authority. Three Arian kingdoms, however, did not support the papacy–the Vandals, Heruli, and Ostrogoths. So, the Catholic emperors decided they must be subdued or destroyed.

E. It would make war with and “wear out” or persecute the saints (Daniel 7:21, 25). The church did persecute people and admits to doing so. Even conservative historians claim the church destroyed at least 50 million people over matters of religious conviction.

1. A time is a year, times is two years, and the dividing of time is a half-year.The Amplified Bible translates it: “Three and one-half years.”
2. This same time period is mentioned seven times (Daniel 7:25; 12:7; Revelation 11:2, 3; 12:6, 14; 13:5) in the books of Daniel and Revelation: three times as a time, times, and half a time; twice as 42 months; and twice as 1,260 days. Based on the 30-day calendar used by the Jews, these time periods are all the same amount of time:
3 1/2 years = 42 months = 1,260 days.
3. One prophetic day equals one literal year (Ezekiel 4:6; Numbers 14:34).
4. Thus, the little horn (Antichrist) was to have power over the saints for 1,260 prophetic days or 1,260 literal years.
5. The rule of the papacy began in A.D. 538 and continued until 1798 when Napoleon’s general, Berthier, took the pope captive with hopes of destroying both Pope Pius VI and the political, secular power of the papacy. This period of time is an exact fulfillment of the 1,260-year prophecy. The blow was a deadly wound for the papacy but that wound began to heal and continues healing today.

H. It would “speak great words against” or blaspheme God (Daniel 7:25). In Revelation 13:5, the Bible says the same power speaks “great things and blasphemies.” We usually consider the word “anti” to mean “against, but in “Antichrist” it means “in the place of” or “instead of.” Antichrist is guilty of assuming the prerogatives of God. The Papacy claims:

1. Its priests can forgive sins which only God can do (Luke 5:21).
2. To have changed God’s law by dropping out the second commandment (on worshiping images) and splitting the tenth into two parts and changing the fourth commandment by worshiping on the first day of the week instead of the seventh day of creation. But, God’s law cannot be changed (Matthew 5:18).
3. That the pope is God on earth.

J. The first beast is led by one man who had the mysterious number 666 (Rev. 13:18). In Revelation 13:18, God says to count the number of the beast’s name and that it is the number of a man. When we think of the papacy, the man we naturally think of is the pope. What is his name? One of the pope’s official titles is “Vicarius Filii Dei” and this title is repeatedly used. In fact, The letters inscribed in the pope’s miter are these: Vicarius Filii Dei, which is the Latin for “Vicar of the Son of God.” The book of Revelation is telling us that if we count the number of his name, it will add up to 666. Latin letters have numerical value, so if we plug in the numerical values of the letters in “VICARIUS FILII DEI”, and add them, we get 666.

These 10 identifying marks can be fulfilled in only one entity, the papacy.

Most people will follow the Antichrist (Revelation 13:3) and the Ascended Masters, thinking they are following Christ. Only the very elect will be safe (Matthew 24:23, 24). They will be safe because they will test every spiritual teaching and leader by Scripture (Isaiah 8:20).

This answer is also available in: हिन्दीSome claim to have discovered a secret mathematical code in the Bible that reveals some hidden information. It is true that the Bible has…
View Answer 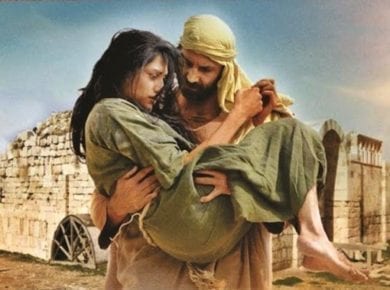 This answer is also available in: हिन्दीIn the story of Hosea, God wanted to give a live illustration of His relationship with the people of Israel who backslid and worshiped…
View Answer