According to Acts 11:19-26, the Jewish believers in Jerusalem scattered abroad after the persecution that arose after the first martyr Stephen. These journeyed as far as Phoenicia, Cyprus, and Antioch (modern Turkey). There, they preached the gospel to the Jews. The Cyrenioan believers and those that came from Cyprus headed to Antioch as well and preached to the Gentile Greeks. As a result of this evangelism, a great number of people believed in the Lord Jesus Christ.

The news of these new converts reached the Christian leaders in Jerusalem. Therefore, they sent out Barnabas, a good man full of the Holy Spirit and of faith, to strengthen the believers in Antioch. There, he was encouraged by the member’s faith and he exhorted them to continue with the Lord.  Then, Barnabas brought the apostle Paul to Antioch. For a whole year, Paul and Barnabas taught the people. As a result, a great many people were converted to the Lord.

It was in Antioch were the disciples were first called Christians. The first part of the word Christian is from the Greek Christos, “Christ,” while the ending is Latin. It is probable that the name was given to the Christians by the heathens in ridicule. At a later time, what had been originally intended as an insult became an honorable name (1 Peter 4:16). Tradition attributes the beginning of the name to Euodius, the first bishop of Antioch. Also, Ignatius, the heir of Euodius, that became the head of the church there used it often.

Thus, it is believed that the first church outside Jerusalem was that of Antioch. It was from there that Paul started on his first missionary journey (Acts 13:1-3), and returned to it (Acts 14:26). Then, he left to his second missionary journey, after the Jerusalem decree, to preach to the Gentile converts at Antioch, and ended it there (Acts 15:36,18:22-23). From there he started his third journey.

Nicolas was one of the “Seven Deacons” and was a proselyte of Antioch. From there, the charity was sent by the hands of Barnabas and Saul to the brethren at Jerusalem who were suffering in the famine. Also, at Antioch, the Judaizers from Jerusalem disturbed the church (Acts 15:1). There also, Paul rebuked Peter for hypocrisy (Galatians 2:11-12).

The Church of Antioch was one of the five chief churches in Christianity before the East–West Division in 1054, with its main seat in the old Greek city of Antioch (modern Antakya, Turkey). However, in the 15th century, it was relocated to Syria due to the Ottoman invasion. 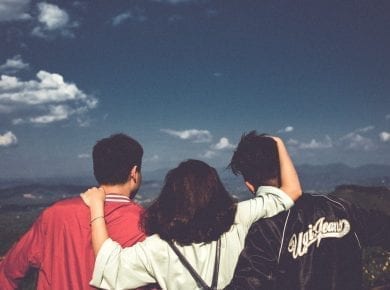 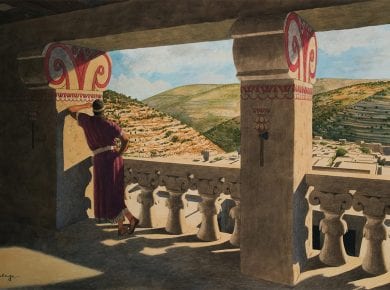 Table of Contents God’s ResponseGod’s ReasonGod’s AssuranceThe Gathering of the MaterialsSolomon and the building of the Temple This answer is also available in: हिन्दीKing David desired to build a temple…
View Answer