Proponents of the seven-year theory of tribulation claim that it is based on Daniel 9:27, which says: “He shall confirm the covenant with many for one week: and in the midst of the week he shall cause the sacrifice and the oblation to cease” (Daniel 9:27 KJV ).

But historically, the vast majority of the well-respected Bible scholars and commentators did not apply Daniel 9:27 to a seven-year period of tribulation at all. Neither have they interpreted the “he” as referring to a future antichrist (as many believe today). Instead, they applied it to Jesus Christ.

Notice what the world-famous Bible commentary written by Matthew Henry says about Daniel 9:27: “By offering himself a sacrifice once and for all he [Jesus] shall put an end to all the Levitical sacrifices.” Matthew Henry’s Commentary on the Whole Bible, Vol. IV—Isaiah to Malachi, Complete Edition, (New York, NY: Fleming H. Revell Co., 1712) 1094-1095, notes on Daniel 9:27. Matthew Henry applied Daniel 9:27 to Christ, not antichrist.

The famous commentary written by British Methodist Adam Clarke says that during Daniel 9:27’s “term of seven years,” Jesus Himself would “confirm or ratify the new covenant with mankind.”  The Holy Bible with a Commentary and Critical Notes by Adam Clarke, Vol. IV—Isaiah to Malachi, (New York, NY: Abingdon-Cokesbury, written about 1825) 602, notes on Daniel 9:27.

And the Bible commentary written by Jamieson reveals: “He shall confirm the covenant—Christ. The confirmation of the covenant is assigned to Him.” Rev. Robert Jamieson, Rev. A.R. Fausset, and Rev. David Brown, A Commentary Critical and Explanatory on the Whole Bible, Complete Edition, (Hartford, CT: S.S. Scranton Company: 1871) 641, notes on Daniel 9:27.

Here’s a statement from the book, Christ and Antichrist, published in 1846 by the Presbyterian Board of Publication in Philadelphia. On page 2, under Recommendations, are endorsements from many Presbyterian, Methodist, and Baptist ministers, including an official representative of the Southern Baptist Convention.  Rev. Samuel J. Cassels, Christ and Antichrist, (Philadelphia, PA: Presbyterian Board of Publication, 1846; Reprinted by Hartland Publications, Rapidan, VA). Commenting on the final week of Daniel 9:27, that ancient volume states: “…sometime during the remaining seven, he [the Messiah] was to die as a sacrifice for sin, and thus bring in “everlasting righteousness.” Here are allusions to events so palpable, that one would think, the people among whom they occurred, could not possibly have misapplied the prophecy.” Ibid., 47.

Daniel’s famous 70th week has no application to any future seven-year tribulation at all. Rather, this great prophetic period was definitely fulfilled nearly two thousand years ago by the coming, ministry and death of the Messiah.

For a study on the seventy weeks, check the following link.

This answer is also available in: हिन्दीIn the Old Testament and specifically in the book of Daniel, we read about Babylon and how it waged war against ancient Israel. And…
View Answer 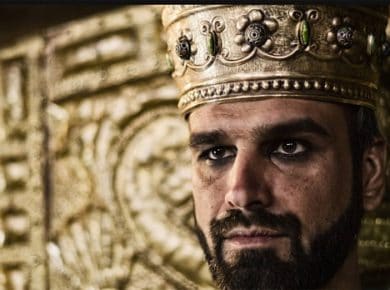