David the prophet says, “You covered it [the Earth] with the deep as with a garment; the waters were standing above the mountains. At Your rebuke they fled, at the sound of Your thunder they hurried away. The mountains rose; the valleys sank down to the place which You established for them” (Psalm 104:7). For the person who believes that God worked several miracles during the Flood, it is not hard to believe that God caused the waters of the flood to go away.

Probably the mountains of Noah’s day were much smaller than such peaks as Mount Everest that we have today. Thus, the Flood would not have had to rise to very high levels to cover everything on the Earth. According to the Scriptures, the waters rose above the mountaintops; however, we simply cannot know the heights of the antediluvian mountains.

And it is logical that God made room for the waters by adjusting the Earth’s topography. Much of the waters from the Flood likely has retreated into the deeper ocean trenches—valleys that, in places, are over seven miles deep. And it is also possible that God stored them back under the Earth’s crust to reside in the planet’s deep mantle.

It is not uncommon that evil things happen to good Christians “Beloved, think it not strange concerning the fiery trial which is to try you, as though some strange thing…
View Answer 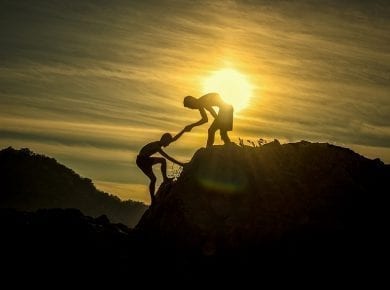