That’s a good question Ben. So what happens to the souls of the believers before Jesus died and rose again? You know this is something I have always wondered too. Something kind of similar actually. What was it like in the Old Testament? Was it different from the New Testament and how God dealt with people? So what happens to those good people – the men and women of God who would be saved when they died before the New Testament before Jesus died and rose again? What what happens to those people? Does the Bible have anything to say about it?

Well there’s a couple passages here that I’d like to take a look at. The first one is here in Hebrews and so I’m gonna go to Hebrews real quick and if you have your Bible Ben, go with me to Hebrews. Let’s take a look at verse 16. Now I’m just gonna quickly, for sake of time, just just paraphrase here. Hebrews 11 is known as the “Hall of Faith”. It’s all these men and women of God who you know are saved. Who have had a great reputation – they they serve God – they honored God – you know they’re gonna be in heaven. But notice what it says here in verse 16. We’re in Hebrews chapter 11 verse 16. The Bible says:

“But now they desire a better country, that is, an heavenly: wherefore God is not ashamed to be called their God: for he hath prepared for them a city.” -Hebrews 11:16


So it’s very clear that God has prepared for His Saints, especially those in the Old Testaments before Jesus died and rose from the death – God’s prepared a city just for them. So now you might be thinking okay great – so they went to heaven. But, let’s skip down to verse 39. Hebrews 11 verse 39:

“And these all, having obtained a good report through faith, received not the promise.” -Hebrews 11:39


What was the promise? Well if you read it in context, “the promise” was heaven. They didn’t receive the promise. In verse 40:

“God having provided some better thing for us, that they without us should not be made perfect.” -Hebrews 11:40

Now who is us in this context? Well the writer of Hebrews is actually Paul. Paul existed before after Jesus death and resurrection. He’s this adapter. So Paul, who is writing to Christians after the death and resurrection of Christ, is making a referral to people who live before the death and resurrection of Christ. What he’s saying is that the people before the time of Jesus are still waiting for God’s promise to be fulfilled. What promise? Heaven. And who are they waiting for? Paul says “us”. So in other words, from my understanding, when God gives “us” the reward – He’s going to give it to everybody at the same time.

The Bible tells us that there will be a time in which Jesus will come again and the righteous will rise and that’s when they will inherit their reward. Very powerful. But, just to clarify and go a little bit further there’s some other verses I’d like to clarify. In Ecclesiastes 9:5, 6, the Bible says:


So the Bible is very clear that when a person passes away, that their emotions are gone. Their love, their hatred, it’s all gone. So they’re not in heaven with their emotions, they’re not in hell with their emotions, they’re simply at rest. If I could just bring up perhaps one more verse just to just to get the point across. In Acts 2:29, the Bible is referring to a person that we know for sure should be in heaven. This person is King David. You guys know that story King David, right? It says here in Acts 2:29:

“Men and brethren, let me freely speak unto you of the patriarch David, that he is both dead and buried, and his sepulchre is with us unto this day.” -Acts 2:29


So even David righteous David is waiting the resurrection of when Jesus comes and so to answer your question what happened to those people before the time of Jesus well to put it plain and simple they are just waiting for the promise of God and God is waiting also on us and so it’s just a whole matter of just waiting but while we’re waiting we can truly hasten the second coming of Jesus.

This answer is also available in: हिन्दीLimbo is the supposed abode of the souls of unbaptized infants and of the righteous who died before Christ’s first coming. This doctrine is…
View Answer 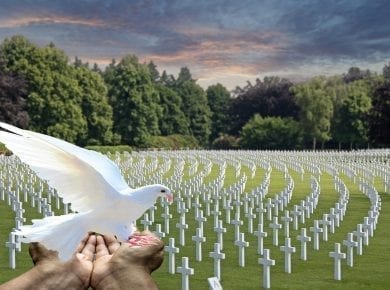 Table of Contents The dead sleepDeathLifeRewards at the second comingA state of unconsciousness This answer is also available in: हिन्दीThe dead sleep The Bible teaches that when people, they sleep…
View Answer