The incident of having free slaves in Jerusalem then enslaving them again was mentioned in the OT book of Jeremiah chapter 34. This chapter narrates the events that happened at the final siege of Jerusalem, by the Babylonians around 588/87 B.C. The prophet Jeremiah gave his prophecy to King Zedekiah (vs. 2, 3). And as a result, the king wanted to imprison him.

“This is the word that came to Jeremiah from the LORD, after King Zedekiah had made a covenant with all the people who were at Jerusalem to proclaim liberty to them:  that every man should set free his male and female slave—a Hebrew man or woman—that no one should keep a Jewish brother in bondage.  Now when all the princes and all the people, who had entered into the covenant, heard that everyone should set free his male and female slaves, that no one should keep them in bondage anymore, they obeyed and let them go” (Jeremiah 34:8-10).

While Moses’ law allowed the Israelites to be in limited time bondage of six years (Exodus 21:2), many masters had surpassed their rights. Now, under the persistent danger of the Babylonian war, probably to assure his receiving the willing support of freemen instead of the forced assistance of slaves, King Zedekiah promised liberty to all the slaves in Jerusalem.

At first, the princes and the people obeyed King Zedekiah’s command to liberate the slaves. “But afterward they changed their minds and made the male and female slaves return, whom they had set free, and brought them into subjection as male and female slaves” (Jeremiah 34:11). This took place when the Babylonians briefly ended the siege to face the coming attack of the Egyptian army (Jeremiah 2137:5). When the people of Jerusalem thought that the Babylonian danger was over, they again “brought them into subjection for servants and for handmaids” (Jeremiah 34:8–11; Isaiah 58:6).

Incidentally, the contract to liberate the slaves was made by the king and by “all the princes, and all the people” (Jeremiah 34: 8–10). It was done in the Temple courts, and so it was promised before the Lord (Nehemiah. 5:8–13). Therefore, in breaking this agreement, the inhabitant of Jerusalem sinned not only against their brethren but also against the Lord.

It was God’s instructions that after six years of service, the masters will free their Hebrew slaves. But the people did not obey the Lord. So, He commanded them through Jeremiah to do that. But the people again declined (v. 14).

Consequently, the word of the Lord came to Jeremiah in judgement saying, tell the people “You have not obeyed Me in proclaiming liberty, every one to his brother and every one to his neighbor. Behold, I proclaim liberty to you,’ says the LORD—‘to the sword, to pestilence, and to famine! And I will deliver you to trouble among all the kingdoms of the earth…” (Jeremiah 34:17-20). 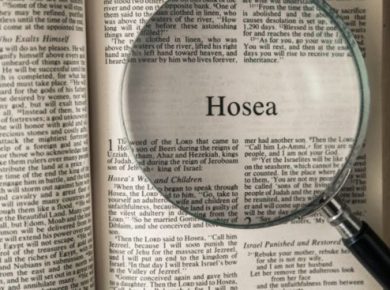 This page is also available in: हिन्दी (Hindi)Hosea urged his people to imitate the conduct of their progenitor – Jacob when he wrote: “He took his brother by the heel…
View Answer 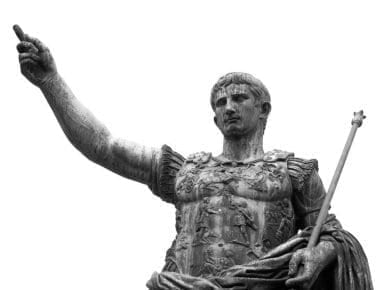 This page is also available in: हिन्दी (Hindi)The Bible records, “And it came to pass in those days that a decree went out from Caesar Augustus that all the world…
View Answer