Home Personal When believers read the Bible, why don’t they all come to the same understanding?
Everyone, to varying degrees, struggles in trying to understand the Bible. But it must be made clear that God did not make His Word unclear. The message of God’s Word is perfectly clear. The reason that the Bible can sometimes be misinterpreted is that we are all fallen beings – sin clouds and distorts our understanding and leads us to twist the Bible to our own liking.
We have two examples to that in the Word of God. When Christ was born, and His parents brought Him to the temple to be dedicated, the priest didn’t recognize that He was the Son of God. But those that were obedient to the Holy Spirit did recognize the Lord.  “There was a man in Jerusalem, whose name was Simeon; and the same man was just and devout, waiting for the Consolation of Israel: and the Holy Ghost was upon him. And it was revealed unto him by the Holy Ghost, that he should not see death, before he had seen the Lord’s Christ” (Luke 2:25, 26)
As Simon lifts the infant Savior toward heaven, he says, “Lord, now lettest Thou Thy servant depart in peace, according to Thy word: for mine eyes have seen Thy salvation, which Thou hast prepared before the face of all people; a light to lighten the Gentiles, and the glory of Thy people Israel” (Luke 2:29-32)
The spirit of prophecy was upon this man of God, and while Joseph and Mary stood by, questioning at his words, he blessed them, and said unto Mary, “Behold, this child is set for the fall and rising again of many in Israel; and for a sign which shall be spoken against; (yea, a sword shall pierce through thy own soul also,) that the thoughts of many hearts may be revealed” (Luke 35, 36)
Anna also, a prophetess, came in and confirmed Simeon’s testimony regarding Christ. As Simeon spoke, her face lighted up with the glory of God, and she poured out her heartfelt thanks that she had been allowed to behold Christ the Lord.
These humble worshipers had studied the prophecies and were inspired by them. But the priests who held places as rulers and priests in Israel, though they too had before them the precious words of prophecy, were not walking in obedience to the Lord, and their eyes were not open to observe the Light of life. In similar way, all the believers that study God’s word but are not walking in obedience to it, they are blinded and they fail to see the truth. The Bible teaches that“the Holy Spirit, whom God has given to those who obey him”

There are two kinds of guilt: false guilt and true guilt. We experience true guilt when we do something wrong. But it is also possible to be innocent of something…
View Post 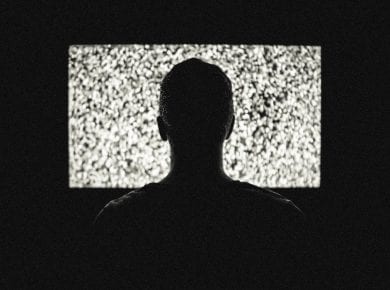 God desires that His children may be refreshed and uplifted to be able to carry on their life duties and responsibilities. Therefore, regarding entertainment, David gave a good council, “I…
View Post