The first book of kings records the story of Solomon and the two harlots (ch. 3:16-28). These two women, that lived in the same house, came one day to King Solomon that he may judge between them.

The women’s tale to the King

The first woman said to the king pointing to the other woman, “I gave birth while she was in the house.  Then it happened, the third day after I had given birth, that this woman also gave birth. And we were together; no one was with us in the house, except the two of us in the house.  And this woman’s son died in the night, because she lay on him.  So she arose in the middle of the night and took my son from my side, while your maidservant slept, and laid him in her bosom, and laid her dead child in my bosom. And when I rose in the morning to nurse my son, there he was, dead. But when I had examined him in the morning, indeed, he was not my son whom I had borne” (v. 16-21).

This was an unusually hard case because both women were of shady character and their words could not be trusted. Further, there were no eye witnesses and no outside evidence as the two harlots lived alone together. Their words seemed equally balanced, the firm confirmation of the one equaled the firm denial of the other. Therefore, it appeared impossible to reach a fair judgement.

The judgement of Solomon

The wisdom of Solomon was put to the test. The whole court was quiet waiting to see how Solomon will reach a verdict. But the king reached an immediate and sure verdict, the justice of which was beyond doubt.

The king said to the two women, each one of you claims that the alive son is hers and the dead one isn’t. He ordered his servants, bring me a sword. When they did, the king commanded, “Divide the living child in two, and give half to one, and half to the other” (v. 25).

At this moment, the real mother cried out immediately for her heart was pierced with pain over her newborn, “O my lord, give her the living child, and by no means kill him! But the other said, “Let him be neither mine nor yours, but divide him” (V. 26).

So, the king immediately said, “Give the first woman the living child, and don’t kill him; she is his true mother” (v. 27). And the child was returned to its mother and justice was rendered to her.

Solomon’s fame for the wisdom he exhibited that day was revealed to all people through the judgement of the two harlots. When all Israel heard of the judgment which the king had given, they feared him for they saw that the wisdom of God was in him. 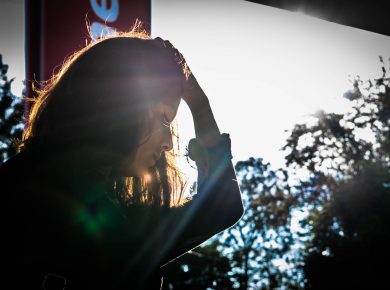 This answer is also available in: हिन्दीGod’s plan of righteousness by faith brings peace and joy not only in times of success but also in times of suffering, distress and…
View Answer 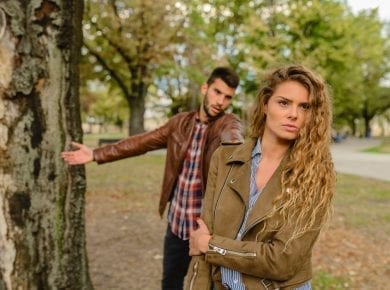 This answer is also available in: हिन्दीPaul wrote in Romans a comforting message to God’s unjustly persecuted people saying, “Dearly beloved, avenge not yourselves, but rather give place unto wrath:…
View Answer