The Bible described the ascension of Elijah to heaven as follows: “Then it happened, as they continued on and talked, that suddenly a chariot of fire appeared with horses of fire, and separated the two of them; and Elijah went up by a whirlwind into heaven” (2 kings 2:11).

The chariot of fire

The “chariot of fire” were clearly the angels of God. David affirmed this truth when he wrote, “The chariots of God are twenty thousand, even thousands of thousands; the Lord is among them as in Sinai, in the Holy Place” (Psalms 68:17). The angels are God’s messengers, “sent forth to minister for them who shall be heirs of salvation” (Hebrews 1:14).

Heavenly messengers and divine agencies are characterized in different forms to human sight and in prophetic vision. Zechariah saw horses of different colors (Zechariah 1:8), declared to be messengers “whom the Lord hath sent to walk to and fro through the earth” (Zechariah 1:10). He saw horses and chariots (Zechariah 6:1–3), interpreted to be the “spirits of the heavens, which go forth from standing before the Lord of all the earth” (Zechariah. 6:5). And Ezekiel saw “living creatures” described as having the appearance of “burning coals of fire” with their movements compared to flashes of lightning (Ezekiel 1:13, 14).

Horses and chariots are often used in the Bible as symbols of the power, magnificence, and glory with which the Lord defeats His opponents and saves His children. Habakkuk represents God’s might thus: “Thou didst ride upon thine horses and thy chariots of salvation” (Habakkuk 3:8). In giving a description of the coming of the Lord, Isaiah wrote of His coming “with his chariots like a whirlwind” (Isaiah 66:15). And when the servant of Elisha was filled with fear because of the great host of the Syrians with their horses and chariots (2 Kings 6:14, 15), Elisha asked the Lord that his eyes might be opened. At which point, the young man saw the mountain “full of horses and chariots of fire round about Elisha” (2 Kings 6:17).

Accompanying the chariot of fire, the Lord sent a whirlwind. God’s power is displayed in the elements: “The Lord has His way in the whirlwind and in the storm, and the clouds are the dust of His feet” (Nahum 1:3). The whirlwind describes the dreadful power of a storm which presents to the eye of man the terrible majesty and strength of God. We read in the book of Job that “The Lord answered Job out of the whirlwind” (Job 38:1), giving him a picture of the infinite wisdom and power of God. Isaiah wrote, “For behold, the Lord will come with fire and with His chariots, like a whirlwind, to render His anger with fury, and His rebuke with flames of fire” (Isaiah 66:15).

Elijah had done a powerful work and received an honorable reward. In loneliness and discouragement, under pain and trouble, he had carried on his hard task of testifying to God at a time when king and his subjects had turned their backs upon the Lord. But the Almighty did not allow His prophet to die at the hands of those who wanted to end his life, nor did He allow him to end his ministry in discouragement or shame. As Elijah had honored God, so the Lord now lifts him up, not allowing him to die in the grave, but taking him straight to the glory and bliss of the heavenly kingdom.

The glory of the second coming

The translation of Elijah will be repeated in a much greater way at the second coming of Christ. Elijah was a type of the living saints in the end time who will be translated without seeing death. At the transfiguration, where Peter, John, and James were given a preview of the second coming of Christ in His power and glory (Luke 9:28–32), Elijah appeared as a representative of the believers who will be translated when Christ comes, and Moses as a representative of the saints who die and will be resurrected from their graves to accompany Christ to heaven. 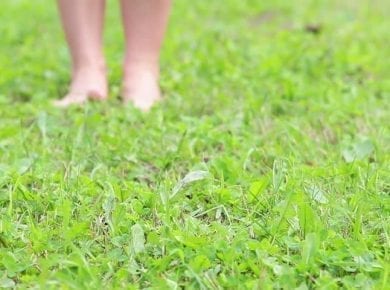 This page is also available in: हिन्दी (Hindi)Adam and Eve wore robes of light reflecting the light of God’s glory. But when they sinned their eyes “were opened, and they…
View Answer 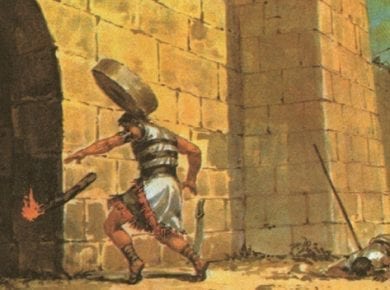 This page is also available in: हिन्दी (Hindi)Abimelech was one of Gideon’s sons, who served as a judge of Israel. Gideon was the great judge and a war leader that…
View Answer