Changing the Sabbath observance from Saturday to Sunday was a slow process that began before A.D. 150 and continued for three centuries. Prior to the Jewish revolt under Bar Cocheba, A.D. 132–135, the Roman Empire recognized Judaism as a legal religion and Christianity as a Jewish sect. But as a result of this revolt, Jews were condemned. To avoid persecution and observe statues that will not identify them with the Jews, some Christians out of fear began to attach some Sabbath sacredness to the first day of the week and observed both days for several centuries.

The Roman emperor Constantine, professed conversion to Christianity in an effort to unite the pagans and the Christians. He named himself Bishop of the Catholic Church and enacted the first civil law regarding Sunday observance in A.D. 321. He stated, “On the venerable day of the sun let the magistrate and people residing in cities rest, and let all workshops be closed. In the country however, persons engaged in agricultural work may freely and lawfully continue their pursuits; because it often happens that another day is not so suitable for grain growing or for vine planting; lest by neglecting the proper moment for such operations the bounty of heaven should be lost.” —Schaff’s History of the Christian Church, vol. III, chap. 75.

The first official action of the Catholic Church expressing preference for Sunday was enacted at the Council of Laodicea in 364 A.D. Canon 29 of this council stated that: “Christians shall not Judaize and be idle on Saturday [Sabbath], but shall work on that day; but the Lord’s day they shall especially honor, and, as being Christians, shall, if possible, do no work on that day. If, however, they are found Judaizing, they shall be shut out from Christ.”

The change of the Sabbath

The Roman Catholic Church publicly admits it is responsible for changing the Sabbath from Saturday to Sunday. An authoritative catechism for priests states: “But the Church of God [that is, the apostate church] has in her wisdom ordained that the celebration of the Sabbath day should be transferred to ‘the Lord’s day’” (Catechism of the Council of Trent, Donovan translation, 1829 ed., p. 358). This catechism was written by order of this great council, and published under the auspices of Pope Pius V.

Some teach that after the resurrection of Christ, God’s moral law (Ten Commandments) (Exodus 20:3-17) was abolished  and a new covenant took its place. But Jesus Himself said, “Do not think that I came to destroy the Law or the Prophets. I did not come to destroy but to fulfill. For assuredly, I say to you, till heaven and earth pass away, one jot or one tittle will by no means pass from the law till all is fulfilled” (Matthew 5:17, 18). It was the the Mosaic law, which foreshadowed Christ’s sacrifice (sacrifices and temple ceremonies), that was nailed to the cross (Colossians 2:14-17; Ephesians 2:15) but not God’s moral law. Paul affirms this truth when he wrote: “Do we then make void the law through faith? God forbid; yea, we establish the law” (Romans 3:31). Therefore, changing the Sabbath from Saturday to Sunday was contrary to God’s will. 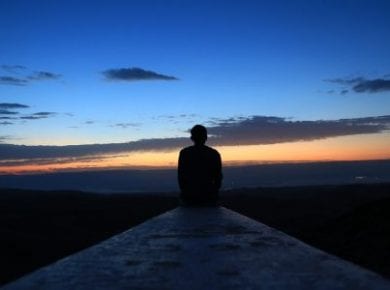 God sanctified the seventh-day Sabbath (Saturday) and blessed it at the creation of the world (Genesis 2:2-3). He blessed it because He had created the world in six days and…
View Answer