The seven last words or phrases of Jesus are the most inspiring for Christians to reflect upon. As Jesus hung on the cross experiencing unimaginable pain, sorrow, and suffering, His words were:

Jesus refers to both the Romans and the Jews who had been instrumental in condemning and crucifying Him. His prayer would not, in itself, however, remove their guilt if they didn’t chose to repent. And in a broader sense this prayer includes all sinners to the end of time, for all are guilty of the blood of Jesus “for all have sinned and fall short of the glory of God” (Romans 3:23).

Jesus’ simple statement assures the thief that, however undeserving he may be and however impossible it may appear for Jesus—dying the death of a condemned criminal—to make good such a promise, the thief will most assuredly be in paradise. It was Jesus’ presence on the cross that made such a hope a reality

In His own extreme pain, Jesus felt the pain and suffering of His earthly mother, Mary. And He asked His beloved disciple John to take care of her like a son. And from that hour the disciple took her to his own home.

4- Why have you forsaken me?

Jesus felt separated from His father. The innocent One experienced the separation from God that the sinner experiences when he is under the condemnation of sin. Sadly, Jesus could not be comforted by His Father’s presence because of man’s guilt.

Though the physical discomfort of thirst was inevitable, this short little statement held so much more than Jesus’ need for quenching. It was the source of “Living Water” crying out in thirst of life and love—the love of His father, and the salvation of His people.

Jesus had completed the work His Father had given Him to do (John 4:34). Every step in the plan of redemption, laid before the foundation of the world, had been completed according to schedule (Luke 2:49). Satan had been unsuccessful in his attempts to overthrow the plan. Christ’s victory assured the salvation of man.

7- I commit my spirit

Jesus died with the words of Ps. 31:5 upon His lips. The attitude thus expressed brings to a climax the spirit of humble submission to the will of God that was shown all through His life on this earth. 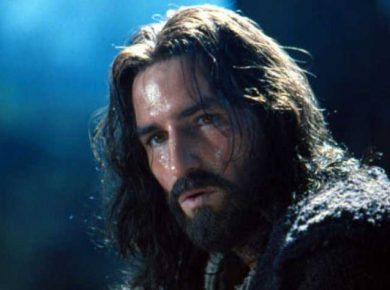 This answer is also available in: हिन्दीJesus did not want the leper to tell everyone about the healing. There are different instances and reasons for why Jesus forbade people from…