The Bible tells us that, “Pharaoh had a dream; and behold, he stood by the river. Suddenly there came up out of the river seven cows, fine looking and fat; and they fed in the meadow. Then behold, seven other cows came up after them out of the river, ugly and gaunt, and stood by the other cows on the bank of the river. And the ugly and gaunt cows ate up the seven fine looking and fat cows. So Pharaoh awoke. He slept and dreamed a second time; and suddenly seven heads of grain came up on one stalk, plump and good. 6 Then behold, seven thin heads, blighted by the east wind, sprang up after them. And the seven thin heads devoured the seven plump and full heads. So Pharaoh awoke, and indeed, it was a dream” (Genesis 41:1-7).

Joseph declared to Pharaoh that the God of heaven revealed what will take place in the future which will have a profound effect on all the land of Egypt and the surrounding nations.

Joseph said that the two dreams had the same meaning. The number seven pointed to two periods of seven years each. The fat cows and the full ears represented seven plentiful harvests; the lean ones, represented seven infertile years. The barren years would follow the abundant years so that the years of famine would leave no trace of the seven abundant years.

And he added that the repetition of the dream was to stress the surety of the events indicated and the need to take urgent measures. Joseph’s sure interpretation stood in clear contrast to the failure of the Egyptian wise men to interpret the dreams (v. 8).

Joseph advised that the Pharaoh should appoint a wise man as minister of food over the whole land, and officers under him to carry out his orders. And he said that during the seven years of superabundance a fifth part of the harvest should be imposed, as a tax on the people, and stored up in all the nation.

Pharaoh was so pleased with Joseph’s advice with all his counselors that the king appointed him as minister of food and granted him emergency powers over Egypt. Joseph was elevated to the highest office under the crown.

The prediction that God gave to Joseph was accurately fulfilled. The grain grew abundantly and Joseph gathered 20 per cent of it into granaries throughout the land for the quantity of grain was so enormous.

The little horn in Daniel 7:8, 24 appeared and uprooted 3 of the 10 horns. This little horn represents the Papacy. Between the later part of the Roman Empire and the…
View Answer 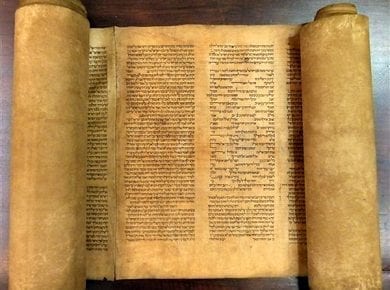 The prophecies of the Old Testament can be divided into the following categories: Historical These are the prophecies that were associated only with the direct historical events that would soon…
View Answer