On the great Day of Atonement that took place once a year, the high priest entered the most holy place for the cleansing of the sanctuary. On that Day, two kids of the goats were brought to the door of the tabernacle, and lots were cast upon them, “one lot for the Lord, and the other lot for the scapegoat” (Leviticus 16:8).

The goat upon which the first lot fell was to be slain as a sin offering for the people. And the priest was to bring his blood within the veil in the most holy place, and sprinkle it upon the mercy seat, above the tables of the law. Thus, the claims of the law, which demanded the life of the sinner, were satisfied (Leviticus 16:16).

Then, in his character of mediator, the priest took the sins upon himself, and, leaving the sanctuary, he bore with him the burden of Israel’s guilt. At the door of the tabernacle he laid his hands upon the head of the scapegoat and confessed over him (Leviticus 16:21,22). Not until the goat had been thus sent away did the people consider themselves as freed from the burden of their sins.

There is a great significance to the ministry of the Day of Atonement in contrast to daily services of the temple.  In the daily services the sinner offered the sacrifice of blood and acknowledged the authority of the law, confessed the guilt of his transgression, and expressed his faith in Him who was to take away the sin of the world. During these services a substitute had been accepted in the sinner’s stead; but the blood of the victim had not made full atonement for the sin. The sins were only transferred to the sanctuary. And the sinner was not entirely released from the condemnation of the law until the services of the Day of Atonement has been complete the sin was erased from the Sanctuary.

Today, the services of the Day of Atonement have great significance to the believers because the earthy sanctuary was merely a model or a copy (Hebrews 8:5) of the heavenly Sanctuary where Jesus minsters now as our high priest (Hebrews 9:9, 23; 8:2; Revelation 4:5; 8:3; 11:19; Hebrews 9:21, 23 ). Paul wrote, “Christ is not entered into the holy places made with hands, which are the figures of the true; but into heaven itself, now to appear in the presence of God for us” (Hebrews 9:24).

Like the earthy high priest, Christ’s ministration consisted of two divisions, the daily and the Day of Atonement services. The blood of Christ, while it was to release the repentant sinner from the condemnation of the law, was not to cancel the sin; it would stand on record in the sanctuary until the final Day of Atonement.

The daily service represent how the dead will be “judged out of those things which were written in the books, according to their works” (Revelation 20:12). But the Day of Atonement represent how the sins of all the truly penitent will be blotted from the books of heaven. Thus the sanctuary will be freed, or cleansed, from the record of sin. Then, Christ’s work for the redemption of men and the purification of the universe from sin will be closed by the removal of sin from the heavenly sanctuary and the placing of these sins upon Satan as the escape goat, who will bear the final penalty.

About the unforgivable sin, the Bible says: “For if we sin willfully after that we have received the knowledge of the truth, there remaineth no more sacrifice for sins, But…
View Answer 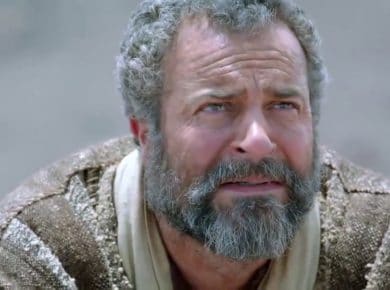