Misuse of the gift of tongues

Paul aimed in Chapter 14 of his first epistle to the Corinthians Church to teach the proper work of the gift of tongues and to warn against its abuse. It is clear that the believers at the Corinthian Church misused the gift of speaking in tongues. For they spoke with tongues during church services when there was no interpreter and when no one but the speakers themselves was edified. The believers also spoke at the same time while there were other members prophesying or teaching. Consequently, there arose confusion, chaos and disorder (1 Corinthians 14: 26–33, 40).

Paul’s instruction regarding speaking in tongues

1- The gift of tongues was considered inferior to the gift of prophecy because of its limited benefit to the church (1 Corinthians 14:1).

2- The speaker in tongues talked to God, not people (v. 2). The Spirit revealed divine truths to the one speaking in tongues.

3- No man understood the speaker in tongues (v. 2). This revelation, however, benefited only the speaker. The words spoken were comprehensible only to the speaker, not the rest.

9- The understanding, or mind, was unfruitful when one prays in a “tongue,” showing that the experience is not one of the conscious mind (v. 14). And without thoughts how can truth be communicated.

11- The gift was to be used in the church only if an interpreter was present (v. 27); otherwise, the person speaking should keep silent or speak only to himself and to God (v. 28).

12- The Corinthians were instructed not to forbid speaking in tongues (v. 39).

When the Holy Spirit fell on the disciples, “the multitude came together, and were confused, because everyone heard them speak in his own language.  Then they were all amazed and marveled, saying to one another, “Look, are not all these who speak Galileans?  And how is it that we hear, each in our own language in which we were born? Parthians and Medes and Elamites, those dwelling in Mesopotamia, Judea and Cappadocia, Pontus and Asia,  Phrygia and Pamphylia, Egypt and the parts of Libya adjoining Cyrene, visitors from Rome, both Jews and proselytes,  Cretans and Arabs…” (Acts 2:6-11)

Today, Satan has counterfeited the gift of tongues. He introduced it in the form of incoherent words that resemble the utterances of heathen worshipers. These utterings took the place of a known world language that is clearly understood by people.

When these utterances are compared with the scriptural gift of tongues that was manifested at Pentecost (Acts 2), they are recognized as unbiblical. For the apostles spoke clearly with many world languages, unknown to them, in order to reach many people from different countries who were present at the meeting. Therefore, these modern unintelligible utterance of speaking in tongues must be rejected as false. However, the presence of the counterfeit must not lead us to disregard the genuine gift of the Spirit that edified the believers at the day of Pentecost and was a tool to spread the gospel to the world. 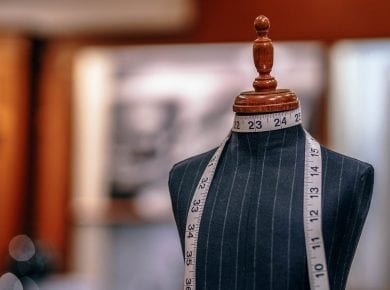 The Bible reveals that God cares about how women dress. A Christian woman should be known for her beautiful heart and helpful attitude as opposed to fancy clothes “Whose adorning…
View Answer

Messianic Judaism began 2,000 years ago. Yeshua, the disciples and the early church were observant Jews (Acts 2). According to the New Testament, there are now two Israels: One group…
View Answer