The story of the Job starts with a dialogue between Satan and God when the sons of God met with Him (Job 1). Satan was not one of the “sons of God.” He only joined as a representative of fallen humanity.

The LORD said to Satan, “Have you considered My servant Job, that there is none like him on the earth, a blameless and upright man, one who fears God and shuns evil?”  So Satan answered … “Does Job fear God for nothing?  Have You not made a hedge around him, around his household, and around all that he has on every side? …  But now, stretch out Your hand and touch all that he has, and he will surely curse You to Your face” (Job 1: 8-11).

Satan insinuated that Job worshiped God for selfish reasons. He claimed that Job did it to gain material blessings. Satan tried to refute the idea that true worship is motivated by love and gratitude to the Creator. He rejected the concept that God’s children love and worship Him because He is worthy of their love and trust.

Then the LORD said to Satan, “Behold, all that he has is in your power; only do not lay a hand on his person” (Job 1:12). And He lifted His protection from Job’s possessions, permitting Job to demonstrate that he was equal to the test. The Lord desired to show that men will serve Him from pure love. It was necessary to prove Satan’s lie as untrue. Yet, through it all God would overrule for purposes of mercy.

Satan, in a very short time, destroyed all of Job’s possessions (Job 1:13-17) and children (v. 18). Upon hearing this devastating news, Job tore his robe, and shaved his head in mourning. But he didn’t lose his faith and worshiped the Lord saying: “Naked I came from my mother’s womb, and naked shall I return there. The LORD gave, and the LORD has taken away; blessed be the name of the LORD.” In all this Job did not sin nor charge God with wrong (v. 20-22). Job’s statement has become the classic expression of Christian acceptance.

Filled with fury about Job’s blameless response, Satan again shamelessly said to the Lord, “Skin for skin! Yes, all that a man has he will give for his life.  But stretch out Your hand now, and touch his bone and his flesh, and he will surely curse You to Your face!” And the LORD said to Satan, “Behold, he is in your hand, but spare his life” (Job 2: 4-6). Immediately, Satan went out from the presence of the LORD, and struck Job with painful boils from the sole of his foot to the crown of his head (v. 7).

Job’s response to his misfortune

At this point, Job’s wife said to him, “Do you still hold fast to your integrity?  Curse God and die!” But he said to her, “You speak as one of the foolish women speaks. Shall we indeed accept good from God, and shall we not accept adversity?” In all this Job did not sin with his lips (Job 2: 9,10).

Although Job didn’t understand why the Lord allowed these things to happen to him even though he was a righteous man, he didn’t lose his faith in the Lord’s goodness. By faith, Job rose from the pits of discouragement and hopelessness to the heights of full trust in the mercy and the saving grace of God. And he declared: “Though He slay me, yet will I trust Him… He also shall be my salvation… I know that I shall be vindicated” (Job 13:15-18).

And he further affirmed “my redeemer lives” (Job 19:25-27). This statement signified that Job understood God’s character. He saw in spite of his confusion that the Lord is “merciful and gracious, longsuffering, and abounding in goodness and truth… forgiving iniquity and transgression and sin…” (Exodus 34:6, 7). Thus, Job passed the testing trial.

For his faithfulness, the LORD blessed the latter days of Job more than his beginnings. The blessings that had seemed to be gone forever, returned, more brilliant than ever. Job was blessed with even greater possessions (Job 42:12).  And he also obtained seven sons and three beautiful daughters (v. 13).

Thus, the man who was close to his death continued to live for nearly another century and a half (v. 16,17). And his family, property, friends, and status were regained. But even greater than these blessings was the experience in which he had come face to face with God.

The great controversy between Satan and God ended with Job’s triumph by God’s grace. His conduct was a clear denial of Satan’s insinuations (v. 11) and a clear vindication to the character of God. To the question, “Does Job fear God without regard for selfish gain?” Job responded “Yes.” At this point, Satan was puzzled. He had seen many individuals who would have cursed God under similar conditions but Job’s response was incomprehensible to him. 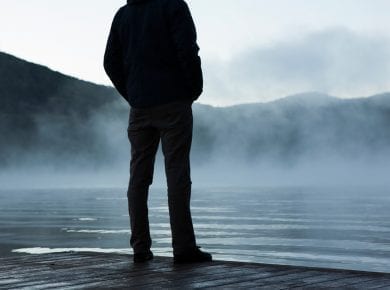 This page is also available in: हिन्दी (Hindi)The Mormon Church teaches that God was once a man and that man can become a God: “God himself was once as we…
View Answer 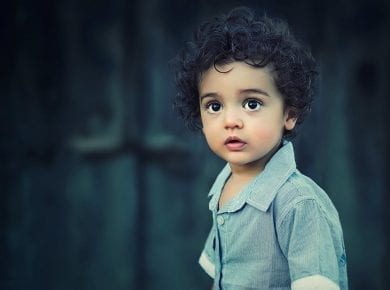 This page is also available in: हिन्दी (Hindi)Some use the passage in Exodus 20:5, 6 to teach that God punishes the children for their parents’ sins “visiting the iniquity of…
View Answer