Rehoboam and Jeroboam were the kings ruling over the divided kingdom of Israel. Rehoboam was the son of Solomon and king of Judah in the south (1 Kings 11:43), whereas, Jeroboam an Ephraimite, was a king of Israel in the north (1 Kings 11:26).

During the life of Solomon, when Jeroboam served as his officer, Ahijah God’s prophet prophesied to Jeroboam that God would strip ten of the twelve tribes of Israel from Solomon’s son Rehoboam and give them to him (1 Kings 11:29–31). This punishment was due to the apostasy of Solomon’s house (verse 33).

But the Lord added, “If you do whatever I command you and walk in obedience to me and do what is right in my eyes by obeying my decrees and commands, as David my servant did, I will be with you. I will build you a dynasty as enduring as the one I built for David and will give Israel to you” (v. 38).

Solomon attempted to kill Jeroboam, but he escaped to Egypt (v. 40). After the death of Solomon, Rehoboam became king, and Jeroboam returned from Egypt (1 Kings 12:1–2). But Rehoboam was not a wise godly king. Jeroboam warned Rehoboam not to err by following the path of his father and inflict heavy taxes on the people (v. 3–4). But Rehoboam said to the people, “My father laid on you a heavy yoke; I will make it even heavier. My father scourged you with whips; I will scourge you with scorpions!” (1 Kings 12:14).

The people were angry against Rehoboam and rebelled against him and appointed Jeroboam king over Israel (1 Kings 12:16–20). And thus, the nation of Israel was divided. The tribes of Judah and Benjamin followed Rehoboam who reigned in Jerusalem while the other ten tribes followed Jeroboam who ruled in Samaria. King Rehoboam tried to subdue the ten tribes, but God stopped him saying, “This is my doing” (1 Kings 12:24). And “There was continual warfare between Rehoboam and Jeroboam” (2 Chronicles 12:15) for centuries afterward.

Rehoboam backslid from God in the southern kingdom and “he did evil because he had not set his heart on seeking the Lord” (2 Chronicles 12:14). After Rehoboam there were good kings and evil kings over Judah but this was not the case in the northern kingdom for all the kings were evil before the Lord continually.

In order to direct the attention of his people away from Jerusalem as the center of worship, King Jeroboam set up places of worship in Bethel and Dan saying to the people, “It is too much for you to go up to Jerusalem. Here are your gods, Israel, who brought you up out of Egypt” (1 Kings 12:28; 1 Kings 12:31–33). Because of this apostasy, the prophet Ahijah told Jeroboam that his family would not last (1 Kings 14).

Jeroboam ruled for twenty-two years and his son Nadab came after him but was killed after two years with all Jeroboam’s family. Thus, Ahijah’s prophecy was fulfilled (1 Kings 15:25–30). Other records for “the prophecy of Ahijah the Shilonite,” and “the visions of Iddo the seer against Jeroboam the son of Nebat” were written in “the book of Nathan the prophet” (2 Chron. 9:29). 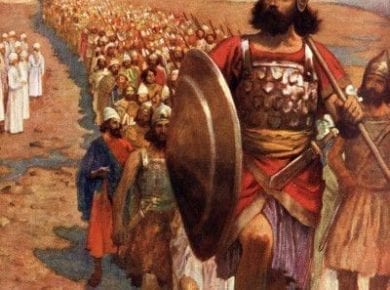 The story of King David taking a military census to his nation is found in 2 Samuel 24. King David ordered Joab, his army commander, “Go, number Israel and Judah”…
View Answer 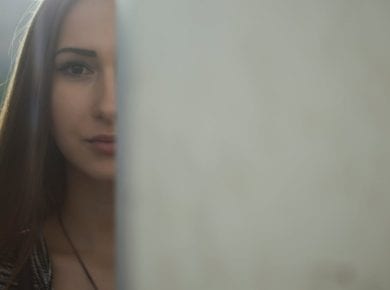 Humility is defined as a modest view of one’s own importance or humbleness. In the Bible, the Greek word translated “humility” means “lowliness of mind” (Colossians 3:12). Humility is the…
View Answer