Abimelech was one of Gideon’s sons, who served as a judge of Israel. Gideon was the great judge and a war leader that led Israel to victory over the Midianites (Judges 7). The Bible records that “[Gideon] had seventy sons of his own, for he had many wives. His concubine, who lived in Shechem, also bore him a son, whom he named Abimelek” (Judges 8:30–31).

Abimelech wanted to rule over Shechem by killing all the other sons of Gideon (Judges 9:1–2). And he convinced the inhabitants of Shechem to support him. So, they gave him seventy shekels of silver. And with that money he hired evil men and went to his father’s house at Ophrah and killed his seventy brothers except for Jotham, the youngest son, who hid himself (Judges 9:4,5). Then, Abimelech became the king of Shechem (verse 6).

But when Jotham learned of that, he went and stood on top of Mount Gerizim, and he gave the people the parable of the trees exposing the evil deed of Abimelech in killing his brothers and also the evil deed of the people of Shechem that supported him. He also predicted that both Abimelech and the inhabitant of Shechem will destroy each other: “let fire come from Abimelech and devour the men of Shechem and Beth Millo; and let fire come from the men of Shechem and from Beth Millo and devour Abimelech!” (Judges 9:20).

And a conspiracy rose against Abimelech which led to a war at a town called Thebez (Judges 9:50). As the fighting escalated, the leaders of the city escaped to the tower and Abimalech intended to burn it with fire.

At this point, “A woman [in the tower] dropped an upper millstone on [Abimelech’s] head and cracked his skull. Hurriedly he called to his armor-bearer, ‘Draw your sword and kill me, so that they can’t say, “A woman killed him.”’ So his servant ran him through, and he died. When the Israelites saw that Abimelek was dead, they went home” (Judges 9:53–55).

Thus, God repaid the wickedness of Abimelech, which he had done to his father by killing his seventy brothers. And all the evil of the men of Shechem God returned on their own heads, and on them came the curse of Jotham the son of Jerubbaal (Judges 9:56,57).

This story shows that God directs the actions of history. The murderer of the sons of Gideon “upon one stone” (Judges 9: 5) was slain by a stone hitting his head, whereas the evil Shechemites who used temple shekels of silver to hire the killers of the seventy men were burned to death in that same temple by the one they supported to do that evil action. Thus, the curse of Jotham was completely fulfilled. 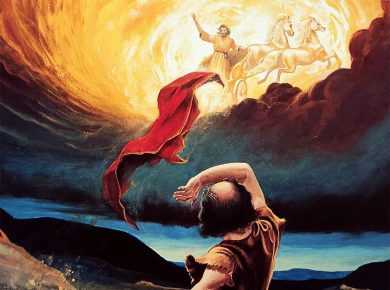 The Bible described the ascension of Elijah to heaven as follows: “Then it happened, as they continued on and talked, that suddenly a chariot of fire appeared with horses of fire, and separated the…
View Answer 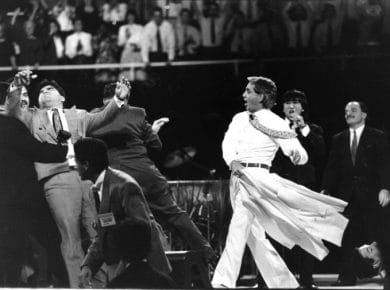