Ezra played an important role in helping the Isrealites return from exile. He was a priest and a scribe who was sent by Artaxerxes, king of Persia, to take a group of Jewish exiles from Babylon to Jerusalem ( Ezra 7:8, 12). He was one of the three leaders who were sent on an important mission to Israel. Zerubbabel rebuilt the temple (ch. 3:8), Nehemiah reconstructed the walls (Nehemiah 1 &2), and Ezra restored the worship. Ezra recorded the reorganization of the sacrificial service, and the beginning of the rebuilding of the temple, all of which took place within about two years early in the reign of Cyrus.

When Ezra returned to Jerusalem, he was disappointed and grieved by the weak spiritual condition of his people. But he trusted in the Lord for giving him the strength to carry on the work of reformation. The books of Ezra and Nehemiah were written to fulfill the word of God and set obedience as the primary motive for worship. And the Lord honored Ezra’s faith and dedication.

During the following 13 years, the work progressed slowly against opposition until the account under Darius l appeared which spoke of the declaration to resume the building of the temple and its completion and dedication. This work continued and Ezra’s carried on his task of teaching the word of God, calling for reformation and restoration to the worship of God, reinstating the temple service, celebrating Jewish feasts, and the re-dedication of the temple. These actions led to a real revival in Jerusalem.

One of the predicaments that Ezra faced was over the marriages between Jewish leaders and heathen women (ch. 9:2). He openly condemned the mixed marriages and encouraged the Jews to separate from their foreign wives to keep the pure faith of their fathers. And He called for a reconstruction of the communities in accordance to the Torah (ch. 7:10).

In 457 b.c., Ezra was sent back to Judea by King Artaxerxes with far-reaching authority to reorganize the nation’s administration according to Mosaic law. He tells of his return and some of his reforms, but again breaks the thread of continuity for more than ten years until Nehemiah appears on the scene of action as governor, and reports his activities in the book which bears his name.

The book of Ezra illustrates how few people can do great things for God when led by God-fearing, sincere, unselfish, but fearless and determined leaders. Ezra did an amazing work of spiritual revival for the hand the Lord his God was on him (ch. 7:8). 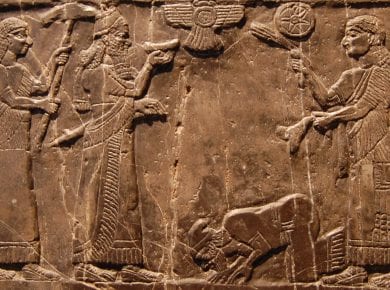 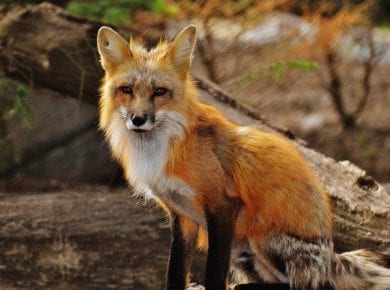 The king that Jesus referred to as a fox is Herod “The same day there came certain of the Pharisees, saying unto him, Get thee out, and depart hence: for…
View Answer