Home Salvation What must a person do to be saved?

God created humans perfect (Genesis 1:28). Sadly, when they chose to sin they disconnected themselves from God’s love and were destined to eternal death (Romans 6:23). But God in infinite compassion planned a way of salvation. He offered His only begotten Son to die on behalf of humanity and redeem them from the penalty of their sins.

“For God so loved the world that He gave His only begotten Son, that whoever believes in Him should not perish but have everlasting life” (John 3:16). “Greater love has no one than this, than to lay down one’s life for his friends” (John 15:13).

All a person needs to do to be saved is to accept Jesus’ death on his behalf by faith (Hebrew 11:6). But how can one have this faith? Romans 10:17 provides the answer: “So then faith comes by hearing, and hearing by the word of God.” Thus, faith is empowered by the Word of God.

After a person hears and believes, repentance should follow: “The times of this ignorance therefore God overlooked; but now he commands all men everywhere that they should repent” (Acts 17:30). The believer should forsake his old sinful ways and claim victory over sin through the enabling power of God’s grace (Romans 6:12-14).

Once a person has heard the Gospel message, believed in Christ, and repented of his former sins, he is to profess his faith in Christ to others: “Every one therefore who shall confess me before men, him will I also confess before my Father who is in heaven” (Matthew 10:32-33).

The final step in receiving salvation is baptism.  The Lord says, “He that believes and is baptized shall be saved” (Mark 16:16). After baptism, a person becomes a new child in the family of God (Acts 2:47) and should then join God’s church which is described in Revelation 14:12. As the believer walks daily in the steps of Christ, he should have the assurance that he will have eternal life with the Lord (Revelation 2:10). 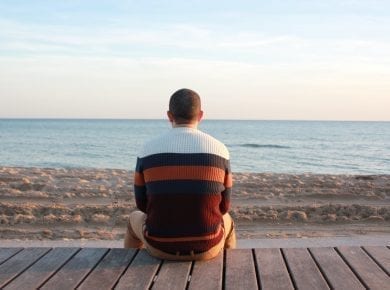 The plan of salvation was predetermined by the Godhead before the world began: “Who hath saved us, and called us with an holy calling, not according to our works, but…
View Post