When humans sinned, God looked down from heaven and beheld the pain and sorrow that engulfed the world and the depravity of sin. He saw how people had become helpless prisoners of satanic brutality. People were hopelessly marching toward their eternal ruin (Ephesians 2:12). “For the wages of sin is death” (Romans 6:23).

God’s heart broke as he saw how the bodies of human beings that were created for the dwelling of His spirit, had become the dwelling place of demons (2 Thessalonians 1:9). Men were captives to their evil natures. Their thoughts were were at enmity with God (Romans 8:7). They had the very stamp of Satan upon their foreheads (Revelation 14:9). And God knew that, away from Him, they would be lost forever (Proverbs 10:28).

The great controversy between good and evil

The un-fallen worlds watched to see if God would destroy the inhabitants of earth for their open rebellion. If divinity would destroy humanity forever, the devil would have immediately accused the Lord of injustice. Then he would try to win the loyalty of the heavenly beings (Revelation 12:7-17). For he claimed that God was unfair. If God chose to destroy the world, the devil would have stated that his charges were true (John 8:44).

The plan of salvation

God, moved by infinite pity upon the human race, offered the plan of Salvation to those that were bound by their ruthless master (John 8:44). “For God so loved the world that He gave His only begotten Son, that whoever believes in Him should not perish but have everlasting life” (John 3:16). God’s love for humans led Him to give all that He had to save them (Romans 5:8). There is no greater love than that (John 15:13). His love is as immeasurable as the infinite distance between heaven and earth (Psalm 103:11).

The gift of Grace

Thus, God was glorified by pouring out Himself and giving the world His divine grace. This gift of love was never to be withdrawn till the plan of redemption should be accomplished (Revelation 12:7-17). When Satan thought he succeeded in ruining the image of God in humanity, Jesus came to restore in man the picture of his Creator (Amos 9:14). He came to heal and fashion the human character after the divine character. And He beautified it with His own glory (Genesis 1:27; Romans 8:29-30). What infinite love! 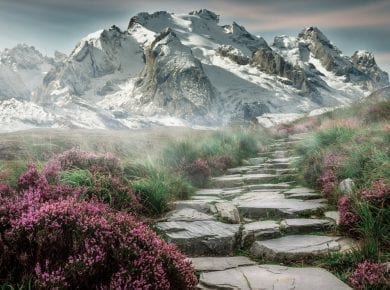 This page is also available in: हिन्दी (Hindi)God manifested Himself to Israel at Horeb at the “Mount of God.” Horeb and Sinai are two different names for the same mountain…
View Answer 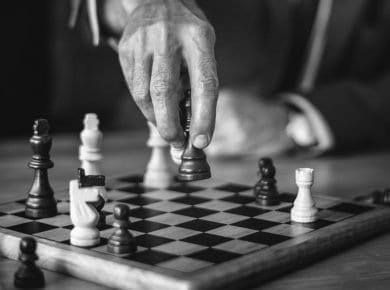 This page is also available in: हिन्दी (Hindi)God is omnipotent. The word omnipotent is derived from omni- which means “all” and potent which mean “power.” As with the attributes of…
View Answer