Home Prophecy What makes a power an “Antichrist”?

The word Antichrist means: “a power or force seen as opposing Christ or the Christian Church.” What makes a power an “Antichrist” is when it either denies or opposes the following:

The special point controverted will be the fourth of the Ten Commandments. There is general agreement among Christians that the other nine are of universal requirement. But early in the Christian Time, people started to set aside the seventh-day Sabbath and to substitute the keeping of the first day of the week as the day of worship (Daniel 7:25).

Sunday-observing Christians today give different reasons as to why they observe the first day of the week instead of the seventh. Some say that the Ten commandments were abolished along with all OT laws. But Jesus specifically denied that assertion (Matthew 5:17-18). The Catholic Church admits that by its divine authority, transferred the sacredness of the day. But its claim is not supported by the Scriptures.

The crisis will start when symbolic Babylon pushes the state to enforce Sunday observance by civil law and tries to punish all rebels. This is described in Revelation 13:12–17. In that testing time, those who obey God will refuse to give up the observance of His true Sabbath.

Third-Jesus Christ as Lord and Mediator

Further, the Antichrist will also deny that Jesus stands as the only “Mediator” between God and Man (Daniel 8:9-14, 25; 9:24-27; Revelation 13:6; I Timothy 2:5 and Hebrews 9:15). Only through The Son of God can the sinner be reconciled to the Father (John 14:5–6; Romans 5:1–2). For the Father willed (1 Timothy 2:4) and initiated the plan of salvation. And He provided the means of salvation through His only begot ton Son’s life and death. Therefore, no other person can thus be qualified to stand as man’s mediator.

As the ancient sign of bringing fire from heaven gave evidence to the power of the true God, so the beast of Revelation will give great miracles. He will make it appear that God is backing his agenda. These miracles will be done through the agency of spiritualism.

Finally, the false church will triumph over the state and cause it to enforce its man-made doctrines. State and church will unite. And the result will be the loss of religious liberty and the persecution of disobedient minorities.

Historic Bible scholars identified the Papacy as the Antichrist (Revelation 13 and Daniel 7).

Table of Contents 1-Who is the beast?2-What is God’s mark?3-What is the mark of the beast?4- Will I Be Lost If I Go to Church on Sunday?5- Is the Mark…
View Post 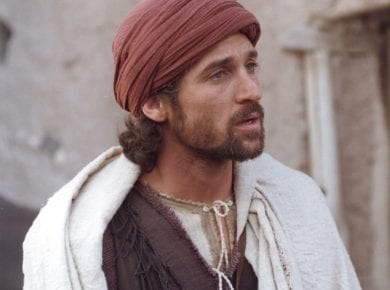 This page is also available in: हिन्दी (Hindi)“And this whole land shall be a desolation and an astonishment, and these nations shall serve the king of Babylon seventy years. ‘Then…
View Post