Azariah the son of Amaziah, became king in Judah in the twenty-seventh year of Jeroboam king of Israel (2 Kings 15:1). He was sixteen years old when he ruled and he was king for fifty-two years in Jerusalem from around 790 to 739 BC. Jecholiah of Jerusalem was his mother (v. 2). The name Azariah appears also as Uzziah in 2 Kings 15:13, 30, 32, 34.

The prophet Isaiah received his vision of God in the year of Azariah’s death (Isa. 6:1, 8). And the prophets Hosea, Amos, and Jonah ministered during his rule. Jeroboam II, Zechariah, Shallum, Menahem, Pekahiah, Pekah, and Hoshea were the kings that ruled in the northern kingdom of Israel also during his time.

The king sought the Lord at first

King Azariah did what was right in the sight of the LORD, according to all that his father Amaziah had done (2 Kings 15: 3). And “as long as he sought the Lord, God made him to prosper” (2 Chron. 26:5). He sought the Lord “during the days of Zechariah, who instructed him in the fear of God” (2 Chronicles 26:5). But his faithfulness was exhibited only during the first part of his reign (2 Kings 15: 5).

From pride to down fall

Apparently, later on, Azariah was lifted up by pride because of his successes in war (2 Chronicles 26:16). And he committed a defiant proud act by burning incense on the altar in God’s temple. This was an act designated only for the priests.  So, eighty priests attempted to stop him saying, “It is not right for you, Uzziah, to burn incense to the Lord. That is for the priests, the descendants of Aaron” (2 Chronicles 26:18). But Azariah insisted on his way.

Because of this stubborn disobedience, the Lord struck him with Leprosy (verse 19). And he was sent away to an isolated house (v. 5), “without the camp” (Lev. 13:46). Finally, Azariah rested with his fathers and was buried in the City of David (v. 7). Then, Jotham his son ruled in his place (v. 7).

The book of Chronicles records Azariah’s victory in war against the Philistines, Arabians, and Mehunimites. And he spread his power over Ammon. It also records his act of firming up the fortifications of Jerusalem and the building of defensive towers in desert areas. He restructured and reequipped his army. He build of engines for shooting weapons. And he was also interested in cattle breeding and farming (2 Chron. 26:1–23).

Recently, Bible students learned that a well-carved stone slab was found at Jerusalem with his name on it. This slab bears the inscription: “Hither were brought the bones of Uzziah [Azariah], king of Judah. Not to be opened!” Since the inscription is written in the Aramaic square script in use at the time of Christ, the slab must have been prepared during that time. It probably pinpointed the location to which Uzziah’s bones were taken after his original tomb had been robbed and had otherwise been destroyed. 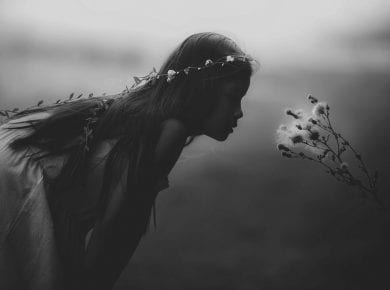 This answer is also available in: हिन्दीThe word fairy or fairies does not appear in the Bible. However, while some people claim to have seen them, it’s important to note…
View Answer 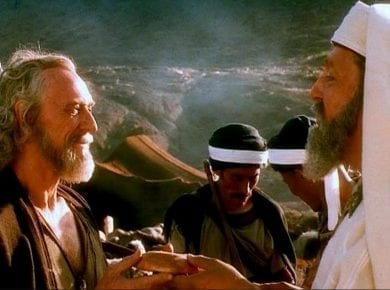 This answer is also available in: हिन्दीThe Bible states that Melchizedek was a king and a priest. He was king of Salem. We know that Abraham paid a tithe to…
View Answer