The prophet Jeremiah prophesied about the two baskets of figs in chapter 24 of his book. In this vision, the prophet foresaw the restoration of the Jews that were in captivity (v. 1-7). And he also foresaw the desolation of Zedekiah and the rest of the inhabitants that remained in the land (8-10). The context suggests that the vision came soon after Jehoiachin was taken captive (597 B.C.).

“The LORD showed me, and there were two baskets of figs set before the temple of the LORD…2 One basket had very good figs, like the figs that are first ripe; and the other basket had very bad figs which could not be eaten, they were so bad….

4 Again the word of the LORD came to me, saying, 5 “Thus says the LORD, the God of Israel: ‘Like these good figs, so will I acknowledge those who are carried away captive from Judah, whom I have sent out of this place for their own good, into the land of the Chaldeans. 6 For I will set My eyes on them for good, and I will bring them back to this land; I will build them and not pull them down, and I will plant them and not pluck them up. 7 Then I will give them a heart to know Me, that I am the LORD; and they shall be My people, and I will be their God, for they shall return to Me with their whole heart.

8 ‘And as the bad figs which cannot be eaten, they are so bad’—surely thus says the LORD—‘so will I give up Zedekiah the king of Judah, his princes, the residue of Jerusalem who remain in this land, and those who dwell in the land of Egypt. 9 I will deliver them to trouble into all the kingdoms of the earth, for their harm, to be a reproach and a byword, a taunt and a curse, in all places where I shall drive them. 10 And I will send the sword, the famine, and the pestilence among them, till they are [b]consumed from the land that I gave to them and their fathers’ ” (Jeremiah 24).

The Israelites that were “carried away captive” had better destiny than those who remained in Israel (v. 6). For they accepted the Lord’s judgement even though this meant captivity. Socially and economically, the state of the Jews in Babylon at the time of the return from captivity was much above that of prisoners (Jeremiah 29:4–7, 28; Ezra 2:1, 64–70).

Ezra and Nehemiah described the favor the prisoners of Judah had under Persian kings. The experience of Daniel and his friends showed how the Jews were allowed to advance politically. For this reason, many of the captive Jews did not wish to return to their country when they were given the chance to do that.

However, the real blessing that the Lord had for the captives was their full renewal of the covenant promises. The Lord promised, “I will be their God.” And this statement was fulfilled in the post-exilic life of the Jews. For they never again were idol worshipers. The Captivity healed them from idolatry.

On the other hand, the bad figs represented those that stayed behind and left to Egypt. Later history showed that those left behind had worse lives than those who had already been carried away captive (v. 9, 10). Most of the Jews who remained in Judea following the third deportation to Babylon in 586 B.C. escaped to Egypt after the murder of Gedaliah a few months later. They did this in spite of Jeremiah’s instruction that such an act would not be for their favor. For this reason, God resembled them to “naughty figs.” 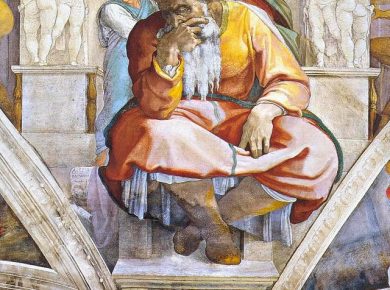 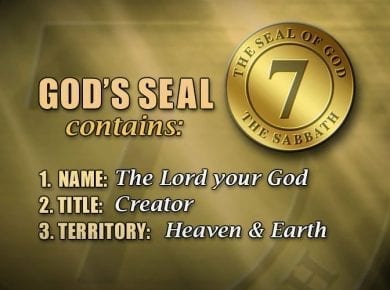 This answer is also available in: हिन्दी“I gave them my sabbaths, to be a sign between me and them, that they might know that I am the Lord that sanctify…
View Answer