That’s a good question. Movies seem to portray it being rather quick. We can find some clues in the Bible on how long it took the Israelites to cross the Red Sea. The Bible tells us that the Israelites left Egypt at nighttime after Passover. God told Israel that He would smite Egypt’s firstborn at “midnight” (Exodus 12:29). Pharaoh summoned Moses and Aaron at night, right after the firstborn were killed. At which point he had had enough and asked God’s children to leave Egypt (verse 31).

The Scripture adds, “coming between the host of Egypt and the host of Israel. And there was the cloud and the darkness. And it lit up the night without one coming near the other all night. Then Moses stretched out his hand over the sea. The LORD drove the sea back by a strong east wind all night and made the sea dry land, and the waters were divided and the children of Israel were able to cross the red sea. The people of Israel went into the midst of the sea on dry ground. The waters being a wall to them on their right hand and on their left. The Egyptians pursued and went in after them into the midst of the sea, all Pharaoh’s horses, his chariots, and his horsemen” (Exodus 14:20-23).

The Separating of the Waters

The Bible says that God drove the waters back “all that night”:

Verse 24 says that by “the morning watch,” the Egyptian armies were trying to reach the Red Sea and attack Israel. But by the “morning,” the sea had returned to its natural condition and the Egyptian army drowned in the sea. From these passages we can conclude that he opening and closing of the Red Sea happened within the span of one night. 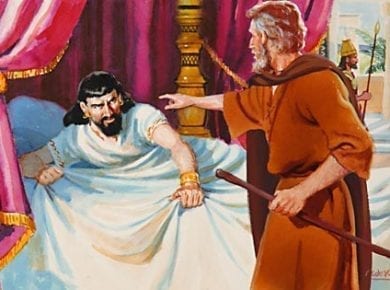 This page is also available in: العربية (Arabic) हिन्दी (Hindi)Ahaziah of Israel was the son of King Ahab and Queen Jezebel. This king ruled from 853—852 BC. He did great…
View Answer 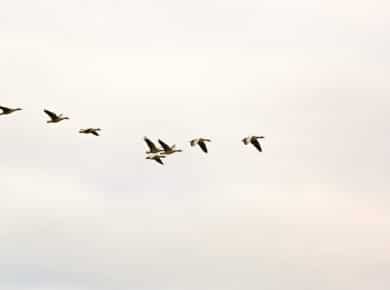 This page is also available in: العربية (Arabic) हिन्दी (Hindi)God does provide for His children. Jesus said, “Look at the birds of the air, for they neither sow nor reap…
View Answer