The widow of Zarephath lived in a coastal town in Phoenicia, 9 mi. south-southwest of Sidon. God sent Elijah to this city, within the very heart of the country ruled by the kings of Baal, to be nourished by a widow who was not an Israelite. The Lord inflicted a drought on the land of Israel because of their apostasy and idolatry (1 Kings 17:1). For Baal was worshiped under the leadership of King Ahab and Queen Jezebel, as the source of life and blessing. And Now Israel was to learn that Baal could not give these blessings.

When Elijah came to the city, the widow was gathering sticks to kindle a fire. So, Elijah asked her for a little water and a piece of bread (v. 10). But the widow answered, “As the LORD your God lives, I do not have bread, only a handful of flour in a bin, and a little oil in a jar; and see, I am gathering a couple of sticks that I may go in and prepare it for myself and my son, that we may eat it, and die” (v. 12). The widow explained her own dire situation.

Elijah’s request was a accompanied with a promise. “Do not fear; go and do as you have said, but make me a small cake from it first, and bring it to me; and afterward make some for yourself and your son. For thus says the LORD God of Israel: ‘The bin of flour shall not be used up, nor shall the jar of oil run dry, until the day the LORD sends rain on the earth” (v. 14,15).

Faith rewarded with a miracle

This request was a test of faith. God made it clear to the widow that if she gave to the prophet, He would return to her far more than she had given. And the widow met the test and was richly rewarded. For she ate because she believed the promise of God many days (v. 15). When the call came to give, she had only enough left for one last meal for herself and son. But when she had given, she had enough for herself, her house, and for the prophet for many days.

When Israel was turning away from God to the worship of Baal, a woman of the country of Baal was demonstrating her faith in the God of Israel. Thousands that trusted in Baal, were starving, but she found life and blessing because of her faith (Prov. 11:24). The Lord is the source of all blessings. Those who learn to rely on Him will find even in this life a fullness of joy and blessing that despisers of His grace can never know (Matt. 6:25, 33).

Elijah stayed there for some time, living in an upper room of the widow’s house. Then the woman’s son got sick and died. So, the woman stricken with grief said to the man of God, “Have you come to me to bring my sin to remembrance?” (v. 18). In her sorrow, she associated her trouble with the prophet and God. She felt that judgment was paid to her because of some past sin in her life. But Elijah prayed: “Lord my God, let this boy’s life return to him!” (verse 21). And her son was restored to life. Then she said, “Now I know that you are a man of God and that the word of the Lord from your mouth is the truth” (verse 24).

Jesus referred to the faith of this woman in the NT saying, “In truth, I tell you, there were many widows in Israel in the days of Elijah, when the heavens were shut up three years and six months, and a great famine came over all the land, and Elijah was sent to none of them but only to Zarephath, in the land of Sidon, to a woman who was a widow” (Luke 4:25–26). The Lord can’t perform anything for those who are unbelieving, who do not feel their need (Matt. 5:3). Our standing before God is decided, not by the amount of light we have, but by the use we make of this light. God granted her His blessings regardless of her race (Acts 10:34,35). 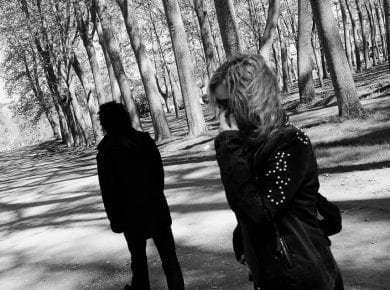 This page is also available in: हिन्दी (Hindi)Differences between the believer and the unbeliever arise from having different value systems. For this reason, the apostle Paul advised, “Do not be…
View Answer 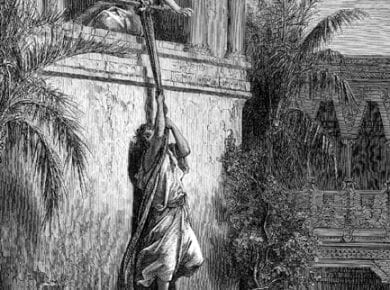 This page is also available in: हिन्दी (Hindi)King Saul promised that the person that would slay Goliath would be given the king’s daughter as a bride (1 Samuel 17:25). So,…
View Answer