The book of Job displays a challenge between Satan and God. The following is a brief summary of this book:

It starts with Satan telling God that His servant, who is a “blameless and upright” man who “feared God and shunned evil” (Job 1:1), is only righteous because he is blessed by God. Satan then challenges God to take away all His protection and blessings from this man saying that if this was done, the man would curse God to His face  (1:11).

God accepts the challenge and gives Satan permission to destroy all that the man has. Satan immediately sets out to do that. So, he kills Job’s children, destroys his house, and destroys all his assists. Despite all this, the righteous man did not sin. Instead he said, “The LORD gave and the LORD has taken away; may the name of the LORD be praised” (1:21).

Then again, Satan challenges God saying, “But now stretch out your hand and strike his flesh and bones, and he will surely curse you to your face” (2:5). The Lord permitted Satan to touch the man’s body but not destroy his life. So, Satan struck the man with sore boils from the sole of his foot unto his crown of his head (2:7). At this point, the saint’s wife says to him, “Are you still maintaining your integrity? Curse God and die” (2:9), but he remains true to God and says, “ Though he slay me, yet will I trust in him” (13:15).

Job’s friends Eliphaz, Bildad and Zophar, hear about what happened to him and come to comfort him. These friends tell him that all rewards and punishments come from God, concluding that he must have sinned and caused the misfortune that happened to him. Another friend, named Elihu, also accuses him (chapters 32-37). But he denies that he has sinned, and calls on the heavens to testify on his behalf.

After this, God appears to answer His servant’s insinuation that He is unjust to him. God’s explains that Job, being a mere human, cannot fully understand His actions and proceeds to ask questions that His servant can’t answer (chapters 38-41). At that point, the servant realizes his great limitation and sees that there is a bigger picture that only God can see and therefore runs the universe accordingly in the best way possible. He realizes that there must be reasons behind his suffering that he can’t understand and he submits to God’s will and His wisdom.

The Lord then expresses displeasure at Job’s friends who presented the faulty theology that bad things happen to only bad people, so to speak. And the Lord tells His servant to intercede on their behalf that the He may forgive them, and this is done.

Finally, at the end of his trial, the Lord greatly rewards His servant and restores all of his possessions and blesses him with another family. The Bible tells us that “the Lord blessed the latter days of Job more than his beginning… After this Job lived one hundred and forty years, and saw his children and grandchildren for four generations” (42:12-16).

This story helps us understand why suffering exists. 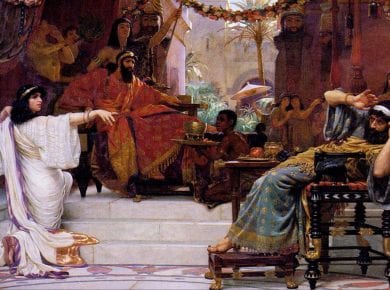 Table of Contents Esther appointed queenMordecai and the kingHaman’s hate for the JewsEsther’s decision to risk her lifeThe humiliation of HamanThe death of Haman This page is also available in:…
View Answer 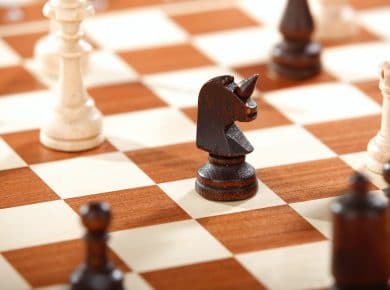 This page is also available in: हिन्दी (Hindi)Unicorns in the Bible The word unicorn (Heb. rem, or re’em), is mentioned 9 times in the Old Testament. The unicorn in the…
View Answer